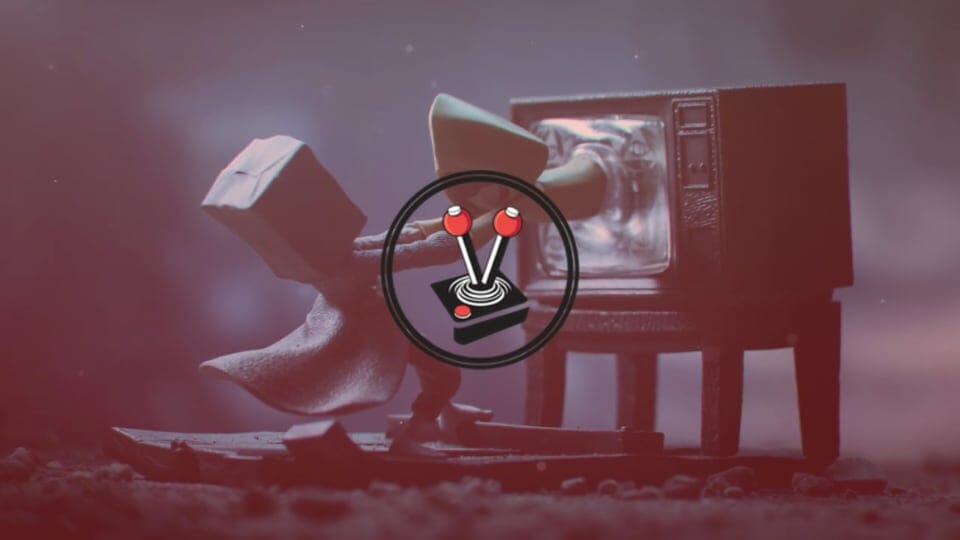 For some unfathomable reason, side-scrolling horror is easily one of the most atmospheric of genres. With video games like Limbo and Claire delivering some of the most impactful horror experiences. Strangely, this genre is also an extremely sparse one, making the few good titles out there truly stand out. Developers Tarsier Studios are no strangers to success, with the their impressive side-scrolling horror Little Nightmares. The game was beautiful – scary – and proved itself to be up there with the greats. So much so, it warranted a brand-new mainline entry: Little Nightmares II.

Little Nightmares was a delight to play. Where both Limbo and Claire introduced extremely dark themes, Little Nightmares injected lots of colours. While its subject matter was literally as evil as can be, the developers were not afraid to use as much colour as humanly possible in a game that takes place in dark and gritty locales. Even so, it managed to exude copious amounts of horror thanks to its overall design. Little Nightmares II doubles down on this fact, and then some.

In the first game, players took on the role of Six, a yellow raincoat-toting [human female?] protagonist. Six was on a mission to escape The Maw, a dastardly setting designed for little children to work to their death. As Six made her way through The Maw, and eventually other settings via the game’s official downloadable content, players were treated to dreadful insight on what The Maw’s purpose was. In the sequel, players are thrust into the little shoes of a brand-new protagonist called Mono. They quickly meet Six, who, without her raincoat, takes on the role of the deuteragonist.

Like Little Nightmares, the sequel also goes through a few locales that will keep players busy for no longer than around five or six hours. As they do, however, players will quickly notice how Little Nightmares II is almost exactly like the first title – charm and all. This also means the sequel has inherited its flaws. As such, one of my complaints lie with the fact that Tarsier, once again, did not think to add more narrative to the game. Instead, they have opted to tell the greater story through comic books and spin-off titles. The game is brilliant, but this little factoid does ruin the fun quite a bit.

The game may be brand-new, and a new instalment in a franchise, but there are obvious motifs spread throughout the entirety of the title. Familiar landscapes befall anyone who played the previous game, and the same bright (yet oh-so-dark) colour palette prevails. As Mono tries to make his way to a better future with Six’s help, players will run into the nastiest of enemies – massive skulking humans who have been corrupted by some event or radiating towers (as external lore suggests) for long periods. As opposed to games like Final Station, where players are given weapons at regular intervals, the enemies in Little Nightmares II must be avoided at all costs; as Mono will die the moment a bullet hits him, he is caught in a net or even grabbed for a quick look-see. This is made clear rather quickly in the game, where a tough-as-nails stealth segment, followed by a chase scene, hammers it into players minds that Mono simply cannot fight. Like Six, he is too weak or too tiny.

What Mono can do, however, extends through to the same mechanics of the first game. He can sneak or grab onto things; call out to Six for help whenever it is needed; and sprint to get away from enemies. The overall controls are easy to grasp and understand, and satisfying in terms of the gameplay. In the first game, players needed to move or throw objects in order to progress through certain puzzles. Climbing and sneaking also played a big part. In the sequel, however, everything seems to have doubled up. Mono can grab onto sticks and weapons and swing them around to break through things. Similarly, with the help of Six, Mono can now cross longer jumps or make his way up platforms that would otherwise have been unreachable.

While gameplay has been improved, the few additions that are there do help immensely in both immersion and gameplay. One of the big complaints the first game had was about its simple puzzles. Little Nightmares II suddenly requires a bit more focus and attention. Players need to think twice before acting, instead of blindly faltering through the levels because of their easy mechanics.

Level and enemy design play the same role in Little Nightmares II. Sometimes enemies will take up a good chunk of the screen as players need to lead Mono and Six through the sneaky little paths placed neatly around the levels. When enemies catch wind of the character’s, what would otherwise be a very chill (yet intense) sneaking session, suddenly turns into a frightening chase. While the level hardly changes when this happens, the event of it happening in the first place, fundamentally changes the way levels are perceived. This is a neat way of ensuring players do not get bored with their surroundings, doubling down even further on the sneaking and puzzling aspects of the title.

Much like the first game Little Nightmares II makes excellent use of colour, without taking away from the fact that this is a horror title. It truly is fascinating in practice. Dark blues and purples prevail throughout the game, but there are instances of bright pinks and oranges, and even yellows as players make their way through. Enemies are designed to look as horrendous as possible, yet they are some of the most good-looking enemies I have ever encountered in video games. Levels are admittedly short, but a game that spans a total of six hours needs to keep things concise for its themes to be as effective as possible. Little Nightmares II hits this out of the ballpark in terms of atmosphere.

Going by how little both Mono and Six are when compared to the enemies, it can be easy to dismiss design errors. The developers and designers were masterful in their creation, however, and managed to create a puppet-like world that seems to be alive and well. I do not always go into detail about soundtracks and orchestrestration, but half the Little Nightmares II experience relies on it. This is also thanks in large part to the stunning sound design. Christian Vasselbring and Tobias Lilja return once again to bring players some of the most haunting tracks indie gaming has to offer. The official track listings have not been made available yet, but there are haunting motifs throughout the soundtrack that raised the hair on my arms. When injected into the game, this haunting feeling can turn into dread at any given moment. It goes without saying how the pacing in Little Nightmares II is incredibly well done.

Little Nightmares II is a delight to play, but its weak narrative and overarching goal dissuade from a wonderfully immersive world. Running away from big bad enemies and solving frantic puzzles in dark rooms are incredibly fun and surprisingly addictive. The game is fairly small with a very short campaign spread over three or four main locales (hopefully future DLC will alleviate this feeling). The game’s reliance on external sources for lore is also a bit disappointing. Fortunately, the minor caveats are forgotten courtesy of the wonderfully scary and well thought out world on offer. Little Nightmares II is a wonderfully scary delight, a great addition to the Little Nightmares Collection, and is a must play for anyone who enjoyed the first title.