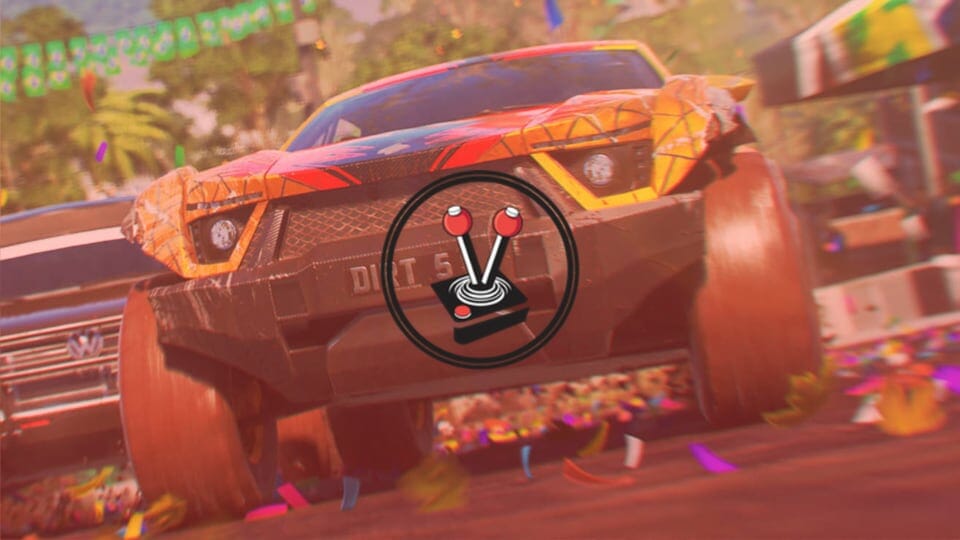 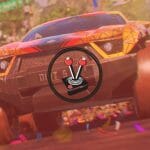 For as long as I can remember, rally simulators and arcade racing games have been a staple of my childhood. I still have our copy of Gran Turismo on the original PlayStation gathering dust in a box somewhere, most likely alongside an empty box for Colin McRae: Dirt on Microsoft Windows (I accidentally snapped the disc in two after it got stuck in my optical drive). Needless to say, the three weeks I had with the game were incredible. I skipped the sequel, Colin McRae: Dirt 2, but immediately jumped on Dirt 3 when it released. Sadly, my love for the franchise fell away very quickly when Dirt: Showdown released. Its arcade nature was too much of a departure from the pseudo-rally sim structure of the series. Thankfully Codemasters saw the error in their ways, and split the franchise into two thereafter, with Dirt Rally taking on the more simulator approach, and Dirt 4 becoming much more of an arcade racer. Fast forward half a decade and on the heels of the incredible Dirt Rally 2.0, and it makes sense Dirt 5 would be the natural follow up to the arcade version of Codemasters‘ popular franchise.

New consoles launching with some kind of racing title has become an unofficial tradition. Forza Motorsport 5 was a launch title for Xbox One, while Driveclub was supposed to be the PlayStation 4 launch title. Sadly, racing simulator fans will have to temper their expectations for the Xbox Series X|S launch, however, as Forza Motorsport 8 is a ways off. Similarly, PlayStation 5 will not be seeing any native racing title any time soon, but it is not all bad news. Dirt 5, which will release on PlayStation 5, Microsoft Windows, and Xbox Series X|S is here to fill the void… and it does so with aplomb.

While I was never a fan of Dirt Showdown, it was one of the more favourably received Dirt titles. Critics applauded its quick and easy pick-up-and-play focus, and long-standing Dirt fans admired the rally sim bits and pieces the game insisted on keeping. Dirt 5 seems to go against what Dirt 4 was (100% arcade racer) and instead hearkens back to the Dirt Showdown days; with a focus on pick-up-and-play gameplay and a wonderful toolset for gamers who want to sit a little longer than just the occasional thirty-minute session.

As with most Dirt titles, Dirt 5 includes a simple career mode. It effectively takes the player on a journey across all locales and events the game has to offer. It is a fairly simple rendition of the typical career mode simulation titles feature, with no flashy narrative or dramatic cutscene in sight. Instead, the studio has taken a few pages from the classic Driveclub and Motorstorm titles they helped create. In Dirt 5, players can jump in almost immediately following a rather rudimentary profile setup: choose colours, hand over a callsign, and pick a number. Throughout career mode, players will slowly be introduced to newer and more intense events. In this sense, there are a vast majority of events, ranging from classic races and sprints, through to special “Ice Breaker” and “Pathfinder” events involving a lot more flair. Occasionally players will also unlock access to Throwdowns, which are unique events designed to be more challenging in exchange for unique rewards. Players new to the franchise will also find a lot of assistance from the three DJs and announcers who regularly talk during menu navigation. AJ, the main “voice in your head” (Troy Baker) acts as the player’s mentor as they eventually join the big leagues and are introduced to Bruno Durand (Nolan North).

Sadly, the star power from Nolan North and Troy Baker feels wasted due to the timid nature of career mode. Essentially, it is nothing more than a steadily branching mode where players choose from multiple events to earn stamps. Stamps unlock future events and allows players to move on with the career. Every ten events or so, players will be met with showdowns, thus unlocking the next chapter. There are also sponsorships to take note of, with each sponsor having their requirements. The sponsor feature is also not anything players need to care for at all, since their requirements are usually something insane, or just not lucrative enough to execute.

Beyond career, Dirt 5 also features the age-old Arcade mode where players can take as many spins around their favourite tracks as they want. There is a challenge mode, where players can connect to the servers for quick matches, or try to beat their ghost at time trials. These are all fairly normal for the franchise. However, Dirt 5 seems to emphasise creation more so than any other instalment yet.

Creation and customisation have always been a part of the franchise. From livery customisations in the first few titles, through to driver customisation and detailed vehicular customisation later on in the series. Dirt 5, however, is focused on bringing the most customisable Dirt experience to fans, while doing away completely with the customisation you would see in simulation titles. Even so, Dirt 5 has doubled down on arena customisation thanks to the new Playgrounds mode.

Players can load into playgrounds directly from the main menu, where they can then choose from a bunch of locations with set arena sizes, then continue to build whichever playground they desire on it. Playgrounds feature an easy to understand menu, where they can choose from a collection of parts. These include tracks, loops, ramps, and trick-driving (or “gymkhana”) objects. Building a track is not entirely the focus here — rather, Codemasters wants fans to create all sorts of wacky tracks meant to be shared online. I suspect the long-game for Playgrounds is for Twitch and YouTube content creators to join in on the fun while having their audiences watch. Sharing the tracks is the main goal here, as players try to get their tracks scored favourably in the growing library of custom tracks, and to give others a neat little challenge.

As great as it is to create your tracks, I would be remiss not to mention how there is a distinct lack of objects from which to choose from. The menus are simple and smooth, with drop-down menus where applicable. The selection is rather limited, however, with only three or four path options, and a similar amount of bumpers and ramps. It is also almost impossible to alter the terrain, which limits the way arenas can be laid out. Fortunately, the game lets players get around this by making a plethora of decorations available for placement. Players can fully edit the display of their surroundings with foliage, junk vehicles, and alternative track colours. Interestingly, the kinds of objects you have at your disposal are based solely on the types of events you choose to modify.

Gate Crasher, for instance, is a time-based event where players must proceed through the checkpoint. Smash Attack, on the other hand, pits players against each other where they compete through checkpoints. Gymkhana is a stunt-based time trial mode where players need to perform doughnuts and jumps to garner points. Of the three, Gymkhana is easily the worst of the bunch, both to create in Playgrounds, and to play in any of the other modes. Fortunately, it looks incredible, which makes playing the mode all the better.

Dirt 5 is, for all intents and purposes, the single racing game both next-generation consoles will release with. As such, it is expected that the game looks as well as it performs. Spoiler alert: the game runs exceptionally well! Dirt 5 comes in a few flavours, all of which can be set in-game. Players who have 4K monitors, or those on 1080p/1440p screens who want nice and crisp visuals, can choose to go with the higher fidelity option. In this mode, Dirt 5 runs at 4K resolution with 30 frames per second. It ups the details a lot and essentially lets the game look the prettiest it can. Prioritising Framerates, on the other hand, will downgrade the game a tiny bit in terms of visual fidelity, in favour of smooth gameplay all around and a steady maximum of 120 frames per second. Since I do not own a 4K television set, I went with the 1080p mode since neither my monitor nor my television can display 4K resolutions. Hans has, however, been testing the game out on his 4K TV and the Series X, and it looks phenomenal.

Thanks to the game’s development cycle and its launch-day title status for both consoles, it only seems natural for it to run as well as it can on the upcoming consoles. Dirt 5 takes advantage of all system resources and takes about 20 seconds from launch to playing on the Xbox Series X. On current generation consoles (Xbox One), it takes around a full 2-minutes before it loads up completely. After several hours with the game, not a single frame drop was noted in its dynamic 4K mode on Series X – and it ran at a wonderfully smooth 60 fps. However, the game does feature noticeable screen tearing in this mode. Changing the mode increases framerates, but lowers quality; with the 120 fps mode looking the worst, but performing the smoothest. Hans and I both preferred the 4K 60fps mode on Series X, despite the screen tearing.

Dirt 5’s incredible visual fidelity extends throughout the entire game. Where its performance stands out the most, however, is with the exceptional dynamic weather system. This system may seem trivial at first, but with games like Forza Horizon 4 taking weather to a whole new level for arcade racers, Dirt 5 brings it home with a truly fascinating integration. My guess is that the team at Codemasters took a few cues from Dirt Rally 2.0, where weather would fundamentally affect the driving experience. As a result, rain may change from light drizzle all the way up to torrential downpour; forcing players to change the way they drive. Similarly, snow can go from a seemingly negligent aesthetic as it falls on tarmac, all the way up to altering the way vehicles break and corner when the snow feels thick enough to require a plough. The beauty of it all, however, is this: the weather will sometimes pull a full 180 in a single 5-minute race! Many players might not even notice how clean and dry a road was by the time they finish a race, and the game is all the better for it.

Dirt 5 is genuinely a pretty game. From its incredibly smooth 120fps mode, through to its detailed and intense 4K60 mode; complemented by bright beautiful colours and a simple approach to racing and vehicles; all makes Dirt 5 truly feels like a game coming to the latest and greatest hardware. The game looks way better in person than it does on YouTube too, and plays incredibly well. In time, the game can be upgraded with a whole bunch of new customisable options, and eventually, patched to enhance performance even more. It is honestly a great and fun game that encourages quick plug-and-play gaming more so than most single players titles, and is well worth it for any fan of arcade racing or the Dirt franchise