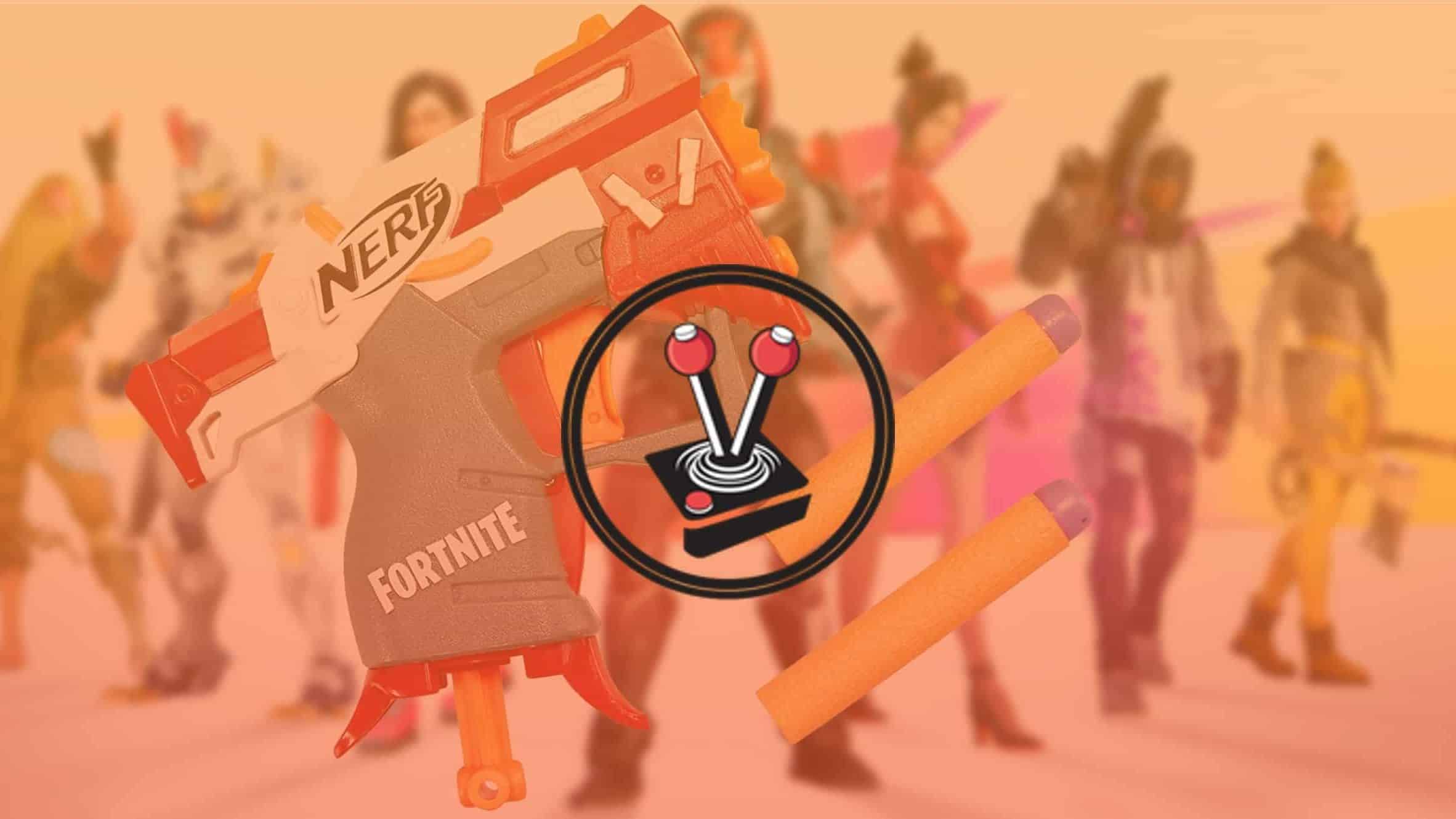 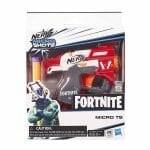 In an announcement that no one expected, but one that makes a lot of sense when thought about, Hasbro have teamed up with Epic Games to create a line of Fortnite inspired Nerf Blasters. The all new range is currently available in stores nationwide, and starts at a rather affordable R150. Interestingly enough, Vamers received a super cool Fornite themed ‘loot drop’, which contained the very nifty Nerf MicroShots Fortnite TS blaster.

I have always been a fan of Nerf products, with my preference leaning toward their excellent super soaker range. During my youth, I spent hours with friends and family running around gardens and beaches and, as the name suggests, soaking each other in the name of fun. I was also lucky enough to dabble with the standard Nerf blaster range that features foam darts. Regardless of the kind of Nerf blaster used, however, it was almost always guaranteed that a lot of fun would ensue.

When the Fortnite inspired press drop arrived at Vamers, I honestly had no idea what to expect. Upon closer inspection, I noticed the Nerf trademark. It was then that my excitement piqued. I immediately opened the loot crate, and before my eyes lay the Nerf MicroShots Fortnite TS Blaster. An adult palm sized toy that was instantly recognisable as a miniature recreation of the Burst SMG featured in Fortnite.

The Nerf MicroShots Fortnite TS Blaster is small, light and made of a very sturdy plastic. It withstands drops from two metres quite easily and could most probably even survive being thrown (although that is not advised). It features a grey plastic hilt, with a red plastic main chamber that is painted with white and orange accents. The right of the blaster has the Nerf and Fornite logos, whereas the left features the safety and regulatory notices, as well as the Micro Shots logo.

The bottom of the hilt features an orange handle that is used to prepare the blaster for its darts. Speaking of, the Fortnite TS Blaster only comes with two orange Nerf Elite darts. Each with a purple rubberised tip, which feels good to the touch and will most likely assist in lessening the impact of the darts on unsuspecting targets. Although two darts are enough for most quick play sessions, it would have been nice if more were included. Then again, there is no place to store the darts on the blaster itself; which is most likely related to the blaster’s compact, yet versatile, design.

Loading the Nerf MicroShots Fortnite TS Blaster is very easy. Darts are loaded by being pushed into the barrel chamber. The orange handle under the hilt is then pulled to ready the blaster for action (no batteries required). Thereafter, the blaster can be aimed, and when the trigger is pulled, the dart will meet its target.

Despite its size, the blaster has a really good sound to it. Offering a hefty “whoosh-p” that belies its size. It is also quite an accurate shot, and can accurately hit targets up to about 6 metres; but steeply drops in effectiveness and accuracy thereafter.

As an entry level blaster, the Nerf MicroShots Fortnite TS Blaster is actually really good, and I like it quite a bit. The small size means that it can be carried without issue by even the smallest of players, and it also allows it to be concealed easily (a nice little last resort if you run out of darts on a larger weapon). The pull action trigger prep is simple and straightforward too, and loading is quick. Accuracy could be better at longer ranges, but this blaster is obviously better suited to close quarters combat.

Given its tie in to Fortnite, it will also go down well with younger gamers. It should also be noted that the Fortnite MicroShots series includes at least three other blasters inspired by the popular battle-royale title. I for one really like the blaster, and would be happy to keep it handy in any Nerf based battle.