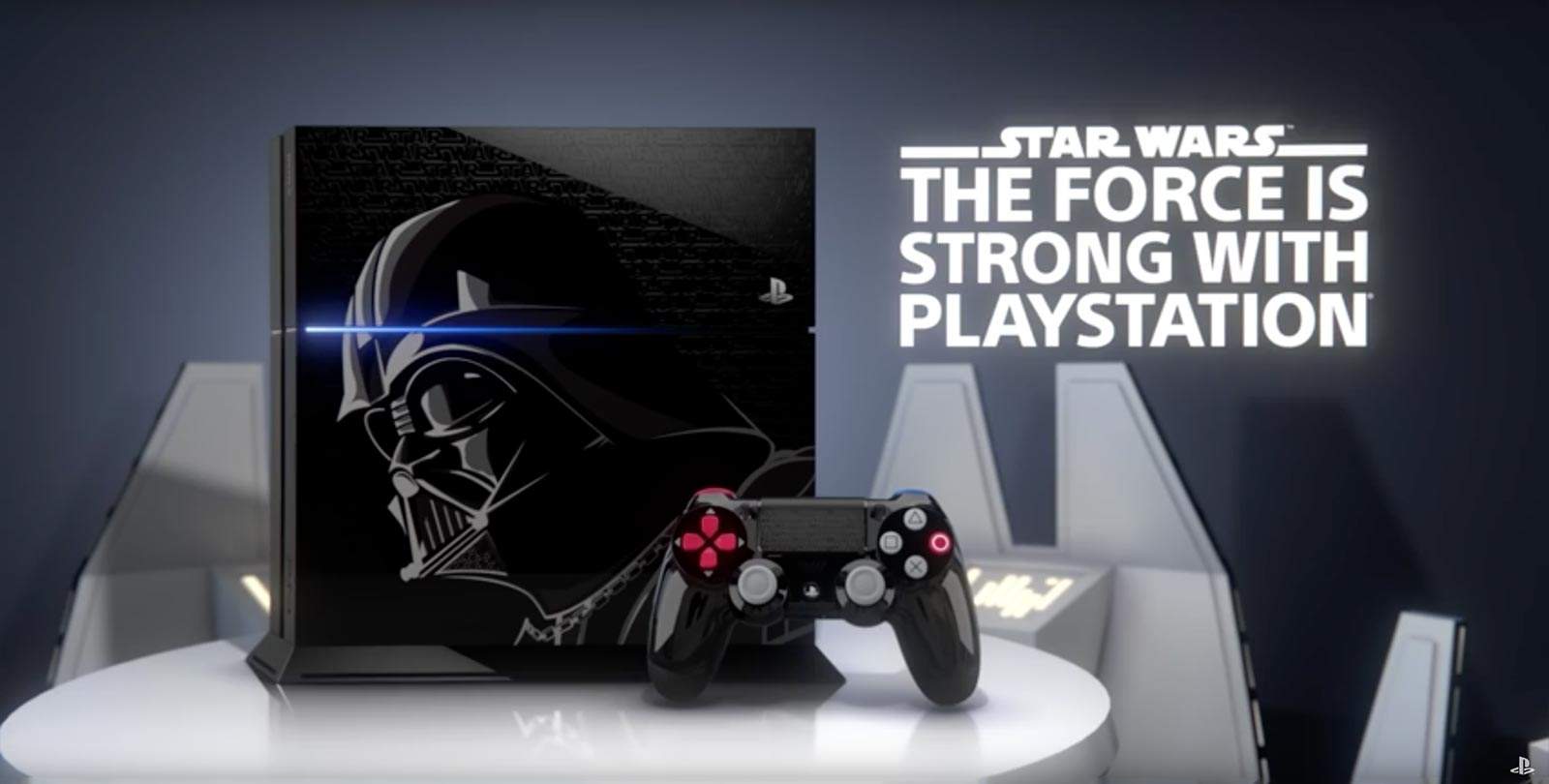 Sony have announced that a Limited Edition Darth Vader PlayStation 4 bundle will be made available on November 17th, 2015 alongside the release of Electronic Arts’ Star Wars Battlefront.

The bundle looks good, if a little ordinary. The controller aside, it feels like Sony took a shortcut and merely pasted a unique Darth Vader decal on a normal PlayStation 4. The lack of customisation, like what was seen with the Star Wars R2-D2 Xbox 360, is disappointing. For starters, I feel that a red light, instead of blue, would have worked a lot better with the console; and how about adding some additional silver elements or red decals to the front or sides of the console to emulate Vader’s chest pack? Lastly, it would have been fantastic if Sony could add unique sounds to the console in the way that Microsoft is able to with the Xbox 360 and now Xbox One. Imagine, for example, how great it would be to hear Vader’s breathing when the console starts and his lightsaber powering down when the console is turned off.

In my opinion the Limited Edition Darth Vader PlayStation 4 bundle is a bit of a missed opportunity and appears to be aimed at new console owners or ‘die hard’ fans of the franchise.

A suggested retail price for this limited edition console is still “to be determined”. 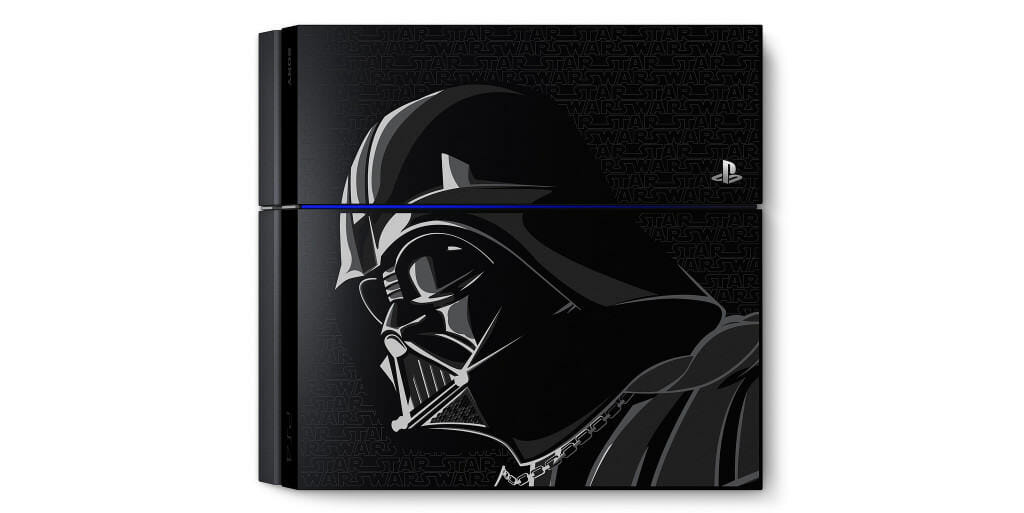 The bundle will also include a digital voucher to download four classic Star Wars games – Super Star Wars, Star Wars: Racer Revenge, Jedi Starfighter and Star Wars Bounty Hunter. All four titles are playable on PS4 for the first time and will feature trophy-support as well as enhanced graphics.

More information about PlayStation products can be found at www.playstation.com.

PlayStation, PS4, PS3, PS2 and PSP are registered trademarks or trademarks of Sony Computer Entertainment Inc. All other trademarks are property of their respective owners.