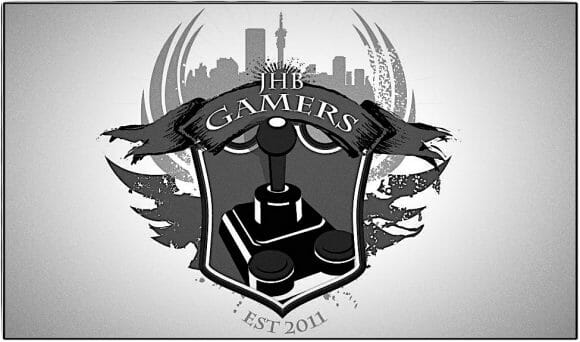 On the 18th January the first official ‘JHBGamers’ event for 2012 took place, and it was a fantastic success.

Johannesburg (JHB) Gamers is a unique movement that endeavours to grow and engage with the burgeoning video games community in the Gauteng region by means of bridging the gap between video game publishers, the video games media and video gamers. Partner initiatives exist for the other regions of South Africa, such as Durban (DBN) Gamers and 2UP Gamers in Cape Town.

The event was graciously sponsored by Electronic Arts (EA) South Africa who not only provided food, drinks, prizes and games to play, but also introduced the audience to an international video games guest speaker, Brad Pidgeon.

Brad Pidgeon is from Sydney, Australia, and is the social media, community and customer relations manager (CRM) for Electronic Arts Asia-Pacific, Japan and South Africa. In other words, he is the man behind the way EA is represented online in South Africa and the way in which EA interacts with gamers.

Meeting Brad was great. In a way, he helped crack the facade that EA is just this monopolistic company that only cares about profit margins. In fact, his enthralling passion for video games along with his intense enthusiasm for further nurturing the video games culture in South Africa and globally, offers hope to the notion that big gaming corporations like EA actually do actively care about gamers.

In addition to EA South Africa, the good people behind El33t Online were also in attendance with a vast amount of great prizes, courtesy of Afrihost. Moreover, the Durban based El33t crew offered a spiffy presentation about their presence and impact on the South African gaming community over the last five years.

Kudos to the El33t Online team for building a thriving and engaging online following. All of your effort and hard work have not gone unnoticed.

Of course, this event would not have been possible without the man of the moment, Jarrod Lane – one of the creators and co-founders of JHBGamers. Jarrod’s drive to bring a formal cultural unity to a fragmented South African gaming community is awe inspiring. For years South Africa video gamers have had to thrive on self-hosted gaming get together’s in tandem with the odd organised gaming event, such as rAge or the Organised Chaos LAN. For the most part, however, there has been a lack of legitimate community engagement. Organisations like JHBGamers are aiming to fill this social void and are doing so with aplomb.