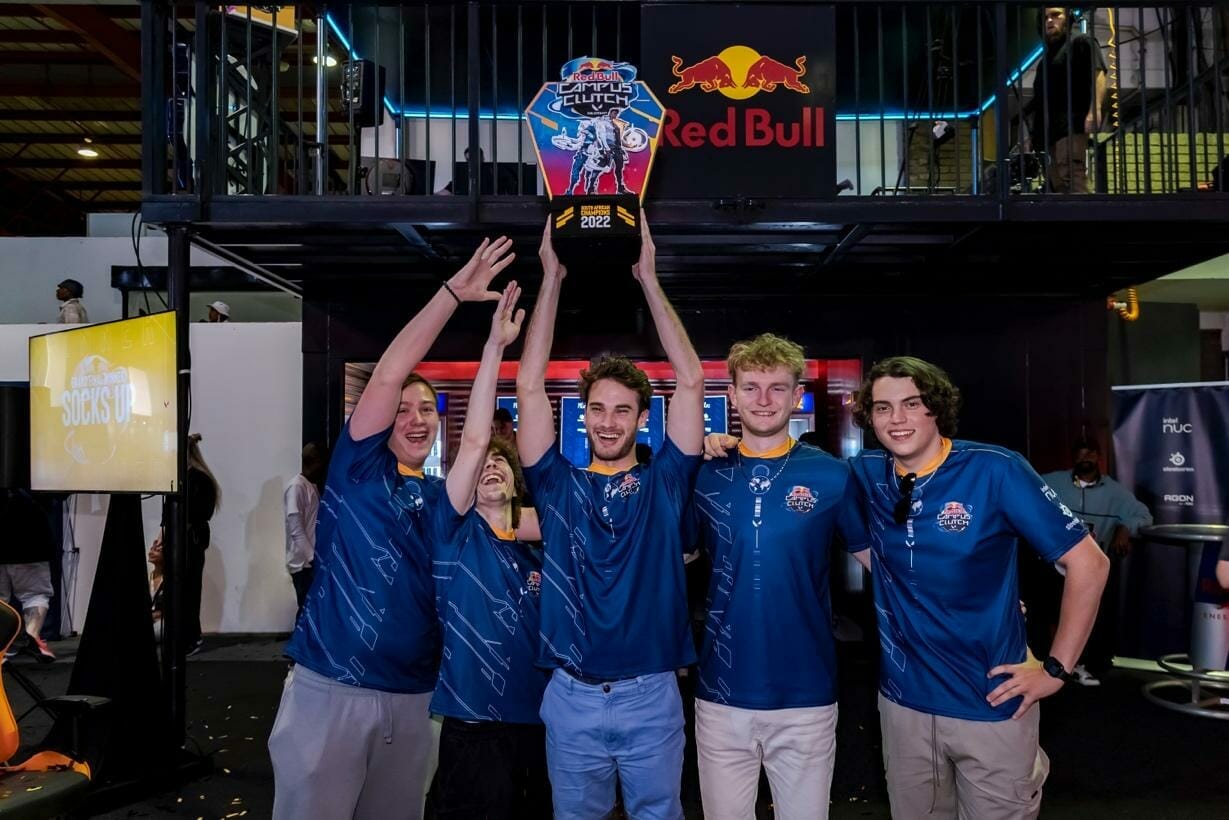 Socks Up are the new Red Bull Campus Clutch South African Champions after beating all their competitors at the national finals that took place at Comic Con Africa 2022. The VALORANT champions are a team that was formed two years ago by five friends and will be invited to compete in the World Final taking place in Brazil in December.

This year’s world final will be the first time 50 student esports teams will have an opportunity to come together to compete in a live professional event and leave a legacy at their university. The winning team will also receive €20,000 in prize money, and an exclusive VIP experience at a 2023 VALORANT Champions Tour event.

University VALORANT players across South Africa have been battling it out in the qualifiers that took place in Durban, Cape Town, Bloemfontein, Gqebhera, Pretoria and Johannesburg – leading up to a heated national championship battle. Students lined up to showcase their VALORANT skills in the biggest global university esports event to ever take place! New to the global esports scene, VALORANT has fast become one of the most exciting games to watch.

Fans came in numbers at the Red Bull National Final stage to be part of this epic moment of victory for Socks Up who beat Cape Warriors in an intense final round, winning three maps out of five.

“Winning was amazing and we are so excited for the team because we were so committed, and we trained together almost every day so we could play as one. It still feels surreal that we are going to Brazil to represent South Africa and hopefully we can bring it home,” said the captain of Socks Up.

Red Bull Campus Clutch, along with Red Bull Home Ground, the premier pro Red Bull event for VALORANT, encapsulates the brand´s continued commitment to support the VALORANT community and uplift its competitive ecosystem, from a grassroots level with an array of local initiatives to the very highest echelons of esports.