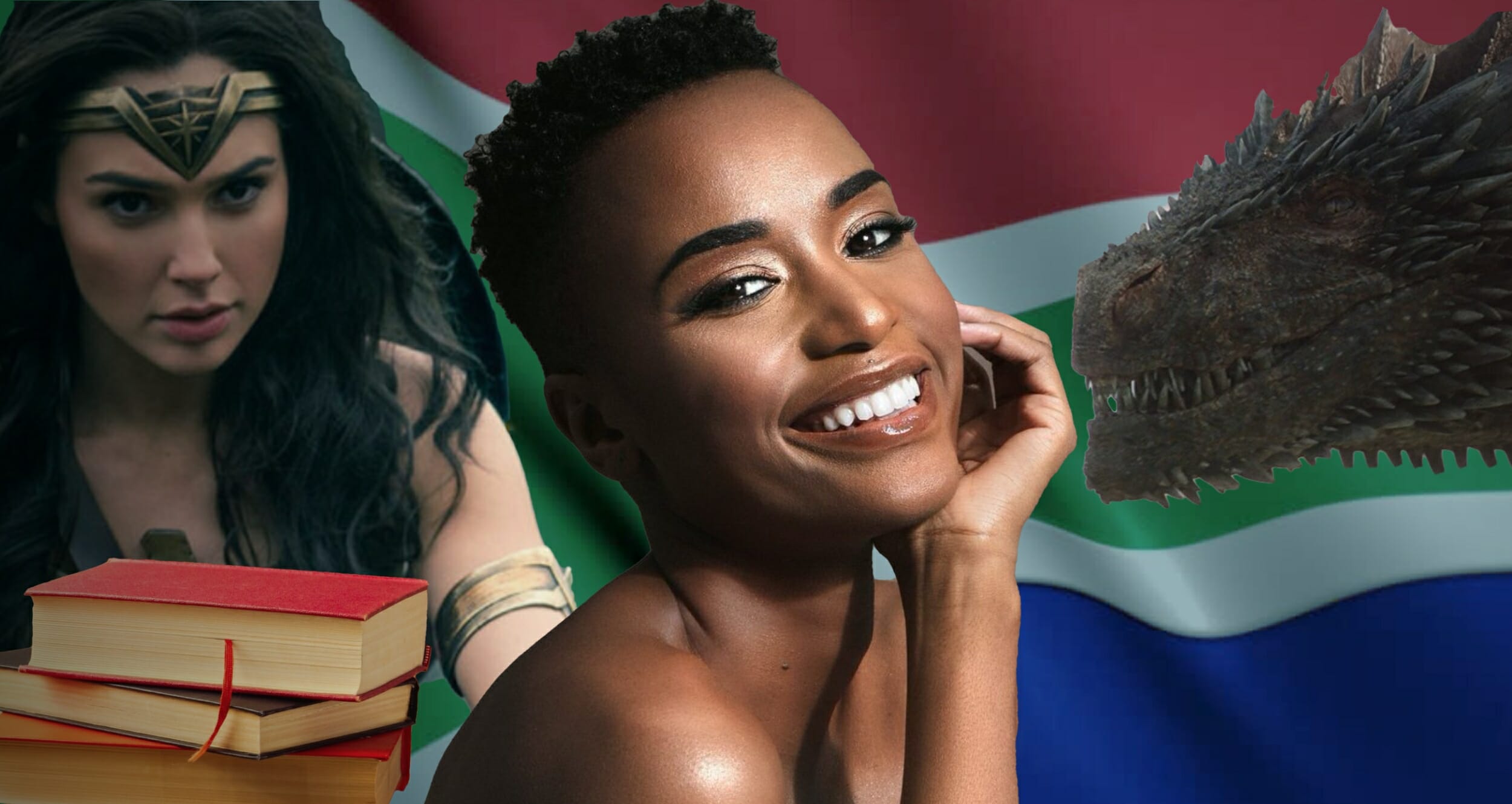 Whether it is from her profile on the official Sun International page, to random interviews strews across the internet, we recently learned how Miss Universe 2019 is a geek. Things that make her geeky include liking comics, reading books, and even having a very specific comic book heroine she looks up to. Below we have condensed the information into an easy-to-read Top Five Facts guide where we explain exactly why we think Zozibini Tunzi deserves more geek cred than she may realise.

Zozibini Tunzi may have been crowned Miss Universe 2019, but she will always have South African blood coursing through her veins. Tunzi hails from Tsolo, eSdwadweni in the Eastern Cape, where she spent her youth and lived with her three sisters. During her crowning ceremony, many Twitter users made the term “Wakanda Forever” trend. While this is a nice reference to the wonderful Marvel movie that finally shone a light on Africa, we must all remember how Tunzi is a South African princess and heroine – in her own right.

It is no secret how some people think pageant winners are shallow. Little do they know, for Miss Universe 2019 Zozibini Tunzi is a learned scholar and a strong independent woman of colour who breaks the mould. Tunzi studied for her Public Relations Degree before she decided to run for the most illustrious title a woman can ask for. Tunzi went on record to state that one of her more recent reads is The Secret by Rhonda Bryne.

On Tunzi’s official Sun International page, it mentions how she is a fan of Marvel. This is wonderful news for the geekdom, as we finally have a Miss Universe 2019 in our camp! Marvel is such a wonderful entry into comic books and film, with its easy to digest movies and even easier to read comics. Tunzi being a fan also begs the question of whether or not she would fit in as a superhero herself? We definitely think so, considering her strong stance against gender-based violence – something Kamala Khan (Ms. Marvel) also actively fights against.

First Marvel, and now DC? Tunzi has stated in the past how she enjoys the DC superhero comic Wonder Woman. The very same heroine who is a founding member of the Justice League, and one of the strongest female superheroes ever created. While Wonder Woman is decidedly Amazonian, we believe Tunzi would fit in immediately among the warrior women. They are known to be strong and fierce in stature, and beautiful and elegant in the way they carry themselves. These are traits both Diana Prince and Zozibini Tunzi share.

Hooked on Game of Thrones

The final point to solidify Tunzi’s geek credibility is the revelation that she is a self-proclaimed Game of Thrones addict! The hit fantasy drama came to a close in 2019, with a horribly disappointing final season. Before then, Game of Thrones was known for its stellar visuals and out-of-this-world storytelling. Draw cards that hooks us all into the series. Such a shame, then, that it ended as badly as it did. Fortunately, we now have a Miss Universe 2019 from South Africa to make it all better!

Well there you have it! Miss Universe 2019, Zozibini Tunzi, actually has a whole lot of geek cred to spread around. In all honesty, however, all of us here at Vamers are spectacularly proud for a South African to once again wear the crown. Every contestant involved was deserving in their own right, and all had a chance at the title. With that said, we are very happy that it went to Miss South Africa 2019.