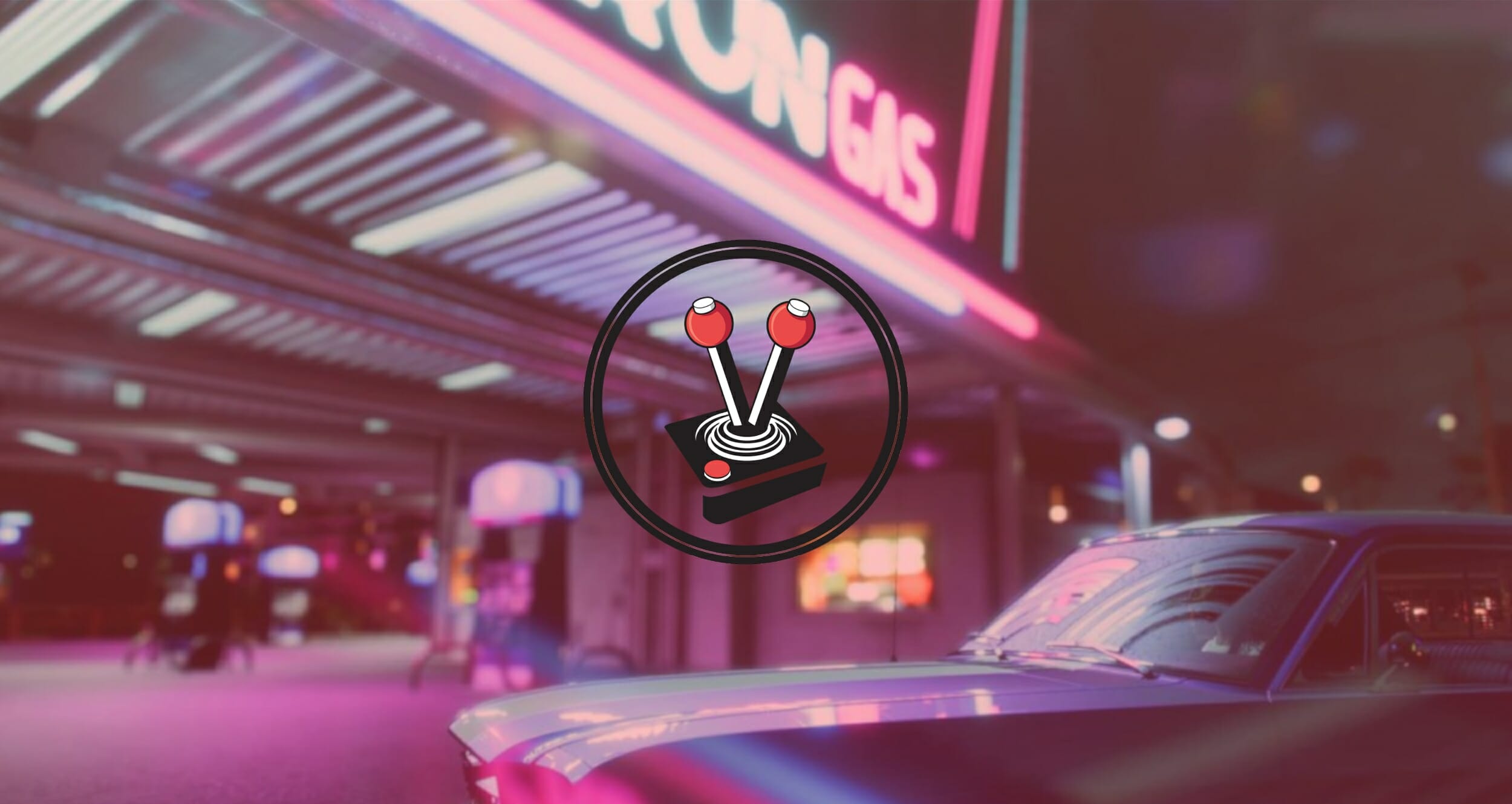 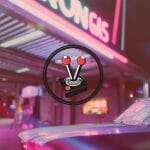 Over the years, the Need for Speed franchise has, for the most part, done it all! From illegal street racing, to full-on racing simulation, and even off-road and pure arcade racing; there is very little this franchise has yet to experiment with! Since its inception, Ghost Games (formerly EA Gothenburg) has solely been responsible for Need for Speed titles, and their newest is truthfully their best yet – albeit not without fault.

Ghost Games is responsible for Need for Speed: Rivals (2013), Need for Speed (2015), and Need for Speed: Payback (2017). I think we can all agree that not one of those games ever lived up to the hype of their predecessors. Fortunately, it does appear as if the studio has learnt from prior mistakes (only took four titles). Need for Speed Heat seems to be a compilation of greatest hits from previous Ghost Games titles, with a little bit of the classics strewn in for good measure. The biggest issue, however, is that the game adopted one of the most annoying aspects from older titles: it takes itself way too seriously.

A little too serious

As with most Need for Speed titles, Heat generally revolves around a bit of illegal racing, garnering infamy and becoming one of the best street racers Palm City has ever seen. As is often the case, the city is hiding a duplicitous twist. Palm City is home to the SpeedBreakers Festival, a legitimate racing festival where roads are closed and courses are set up above board. It is the perfect spot for all racers. At night, however, the city turns into a street racer’s dream with illegal racing a plenty and corrupt police officials up the yazoo.

The plot in Need for Speed Heat is severely OTT (over the top) and does a poor job of trying to tug on your heartstrings. In short, Ana Rivera has lost her crew. She is now hellbent on proving she still has the power to lead. As such, it is up to you – a cool-as-a-cucumber racer and newcomer to Palm City – to help Ana take on rival crews in her mission to prove she is the cream of the crop. That is pretty much all there is to it!

Besides the usual twist that no one really cares about, the story at least manages to keep the game entertaining and prevents the early onset of boredom prevalent in previous Need for Speed titles. Therefore, it manages to keep you on your toes from beginning to end, with relevant bits and bobs in-between to always makes you feel like you are a living protagonist in this digital world. The closest comparison is Forza Horizon 4 – of which the latter is the better title, but both games are incredible at making you think you are playing in a living world.

Do you know stick-shift?

Gameplay can either make or break a video game. In terms of racing games, most bounce between being a simulation or a fun arcade racer. Sadly, Need for Speed Heat does not seem to know what it wants to be. While the game has a few solid core mechanics, most of which are definitely improved upon over past iterations, there are some weird design decisions I cannot wrap my head around.

It is no secret that Need for Speed Heat wants you to know it is like a double sided coin. There is the steamy and sleek side where everything is good and you race for cash (annoyingly referred to as “bank”). Then there is the even juicier and totally naughty dark side where you race for rep (reputation). Need for Speed Heat gambles on both sides of the coin, and it does a decent enough job in this regard.

Earning “bank” is easy enough to do. During daytime events, you can take part in racing events and opt to drive around and take in the sights. Events include simple sprints, track races, and much-later on, drifts. Driving around includes being able to identify important spots, such as petrol stations where you can repair your vehicle; smashing through billboards; or even shop and modify your vehicle for the inevitable time-shift into the night.

By night, Palm City transforms from a normal coastal city (read: obviously not Miami), into what can only be described as “a dystopian future Los Angeles of 2019” (Yes, I stole that from the official Blade Runner (1982) synopsis, and I am owning it). The entire city is suddenly coated in neon lights. From the lit-up palm trees to random street corners and even signage, it seems like someone from the design department took “RGB all the things” a little too literally.

Once the sun is down, it is time to shift from earning “bank” to the much more comfortable “rep”. Here, tracks are marked with neon arches and traffic is suddenly a much bigger issue than before. Once wide and open streets (thanks to official racing rules) are now claustrophobically tight as you weave through traffic to get to the finish line. The Police department is also out in droves at night, ready to bust any illegal racer willing to draw the heat.

Switching the time of day is easy. From the map, simply hit the toggle and watch the world transform around you. It is a nice feature that makes sure you are not forced into doing exclusively day or night events via an immovable timescale. It lets you switch at will to play at your preferred time, and it one of the best aspects of the title. Whether your choice includes earning some “bank” for new parts or garnering rep as one of Palm City’s most infamous racers; the game lets you do it on your own terms.

General gameplay mechanics aside, my biggest issue with the game is the actual racing. In the open world, it is easy to forget you are playing an arcade racing video game. The sights are beautiful and driving around is a breeze. However, the moment you lock yourself into an event during the day or lock eyes with a cop at night, the gameplay devolves into a weird mess of button mashing and bad controls. I think the culprit is the weird physics. In their mission to bring the best of the franchise back, Ghost Games seemingly managed to bring Need for Speed Shift (2009)’s notoriously bad physics back as well. Whether this is true or not remains a mystery, but it really is poorly implemented.

In addition to terrible physics, I must mention the absolutely wonky artificial intelligence (AI)! Right at the start, the game throws you into an illegal street race that adequately sets up what kind of stakes the racers in Palm City are up against. The issue, however, comes by way of how the AI of the opposing drivers would be aggressive, then defensive, then aggressive again – all too quickly, and in very short intervals. It make it very difficult to try and figure out what was going on. It also did not help when the AI would sporadically rubber band all over the place during later drifting events.

With that said, I have to commend the game on its stellar menus. While not technically a gameplay mechanic, I adore how simple and easy to navigate Need for Speed game menus tend to be (except Need for Speed (2015), and Need for Speed: Payback(2017)).

Another nicety is how shopping, or modifying your ride at a garage, is a breeze. I love the amount of customisation on offer – a little feature I bet has been adopted from Need for Speed: Underground 2 (2004) and Need for Speed: Most Wanted (2005). There is a nice selection of cars as well, which helps a heck of a lot. While there are obvious holes in the roster (Toyota remains a missing brand since Ghost Games started working on NFS titles), I like that supercar brands like Ferrari and Acura are back in the game.

I adore the sound cars make, and I often ogle my preferred type of supercar: muscle. There is no denying how Need for Speed has always featured good-looking vehicles, but Need for Speed Heat hits it out of the ballpark. Whether still or on the move, all vehicles look incredible.

Palm City is “not Miami” – according to the denizens of the Internet. Regardless of whether it is based on the infamous American city or not, the locale is gorgeous. It is complete with palm-riddled sidewalks, weird suburban outskirts with a country twang, and huge open avenues perfect for racing. At night, however, the city turns into one of the prettiest locales I have ever seen in a racing game.

Neon lighting splashes across the streets and creates phenomenal shadows; as street corners cut off lights and turn into immediate hard shadows. When it rains, the lights evolve into exquisite neon showcases with droplets against the screen and wet billboards reflecting the lights beautifully. The city turns into a Blade Runner fan’s wet dream during these times, and it is the best aspect of the game.

Good, but not great.

Need for Speed Heat is an enjoyable game. While it starts quite slowly, it quickly opens up to introduce you to the various racing events on offer. It is obvious Ghost Games pulled ideas and elements from pretty much every game in the franchise for Need For Speed Heat. This includes wonderful aspects like Underground‘s customisation, Most Wanted’s exceptional police chases, the legal racing from ProStreet and Shift, and yes, even bits from Need for Speed – the incredible aesthetics, in particular.

It makes me sad, then, to admit that while the game is enjoyable, it still lacks in terms of gameplay. AI feels wonky and out of place while physics are absolutely bonkers at times. Similarly, the game does not have a lot of racing disciplines on offer. I initially thought it might rival Forza Horizon 4, but this only extended into the actual world and not really in terms of the number of things you can do. I also wish Ghost Games had owned up to the silly story for once and stopped letting the game take itself too seriously – a trend started with Need for Speed: The Run (2012).

In the end, Need for Speed Heat is a great game that pulls from the best of the franchise, but is marred by the very history it is inspired by.