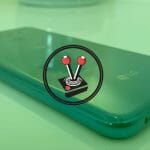 Finding the perfect phone can be challenging. There are hundreds of models to choose from, across a huge spate of brands all vying for the same piece of the pie. In this confusing market, one often filled with noise and static, it can sometimes be best to go with your instinct and grab the first good-looking device you can find. Enter the LG Q60.

Vamers was fortunate enough to be a part of LG South Africa’s seeding program for their latest budget smartphone lineup. As such, we were sent the LG Q60, which we used as a daily driver for the better part of a month. In short, this budget phone was a pleasant surprise, despite its flaws.

As soon as you open the box, the first thing you will notice is the not-too-large-not-too-tiny body. It feels good in your hands and looks great to – the unit has a metallic frame, with a gorgeous faux metallic sheen for the rear plastic cover. The screen features a thin bezel running along its sides, with a little teardrop camera cutout up top, and about a centimetre of bezel on the bottom. The screen itself measures just shy of 6.2-inches, with a perfect 19.9 aspect ratio. The phone also has the standard volume rocker and Google buttons on the left, with the power button on the right. Additionally, the SIM tray also allows for a MicroSD card. Furthermore, the phone is IP-certified with a rating of MIL-STD-810G, which means that it can be dropped in 1 meter of water for a maximum of 30 minutes.

Once fully booted, you will have noticed how the screen is sharp and colourful. I am no engineering wizard, but I suspect the good-looking screen has something to do with the pixel density of the display. With this in mind, it comes as a massive surprise that the LG Q60 does not, in fact, even have a full high-definition display! Given the phone’s budget status, LG opted to install an LCD screen with a 750×1520 resolution. While this may seem like a negative for the unit, it is not. I think the display looks incredible. Although not as good as my iPhone XR, it comes seriously close. Especially in colour and brightness.

The nicest thing about the screen, by far, is how it requires less horsepower than a full-HD screen. Naturally, it complements the mid-range 2.0 GHz octa-core Mediatek MT6762 chipset and 3 GB of RAM. By sheer spec alone, the phone supposedly goes up against the likes of the Samsung Galaxy A6. Not bad, considering the A6 was lauded for its spectacular performance over price. However, considering how it needs to stand up against the Galaxy A20 today, with other handsets such as the Huawei Y7 also up for grabs, the LG Q60 might be a hard sell. Especially when taking into account how the other devices feature full-HD or better screens.

With that said, I do think the best aspect of the LG Q60 is its battery. While the 3 500 mAh battery may not sound too impressive, it always managed to get me through the day, and then some. It also helped to keep the device thin and lightweight while keeping its build strong and premium-feeling. All positives in the budget arena, except for one: it still uses a Micro-USB for charging.

Despite a great screen and very decent battery life, the lone speaker on the bottom of the device is quite bad. It distorts and is easily muffled by simply holding the phone in your hand. One saving grace for the LG Q60‘s audio is how it includes a “premium” feature that I would not have anticipated from a phone in this price range. Namely the inclusion of Dolby DTS:X! Plug any pair of headphones into the device (via the 3.5mm jack), and you will have the added option of enabling sweet surround-sound virtualisation for both video and gameplay. I do not recommend using the option with music since 99% of the music out there is not meant to be heard that way. It is also the best way to enjoy audio from the phone, given how poor the loudspeaker is. The LG Q60 also records audio in stereo, and it does so with aplomb. Alas, the phone lacks good cameras!

While audio is recorded in stereo, the video itself leaves a lot to be desired. The Q60’s triple-camera setup includes a regular angle 16MP camera, a 120-degree 5MP ultra-wide camera, and 2MP depth sensor. The triple-camera setup may seem impressive, but it suffers from poor low-light performance and less than average overall image quality. LG tries to remedy this by including its own set of artificially-enhanced scenes. The phone intelligently learns what it is seeing, and adjusts accordingly. As such, you can expect portraits to have a little more depth and highlights, while photos of food will automatically be sharper and feature a little bit of extra vibrancy. This feature can be toggled off, if shooting with the raw power of the camera is more your thing.

In terms of security, the fingerprint scanner on the back of the LG Q60 works well-enough. I never had to struggle to unlock the phone, and it worked quite quickly. While I would have liked some form of face detection, a fingerprint scanner will suffice for most users.

The LG Q60 features Android 9 and the largely unobtrusive LG UX 7 launcher. In use, animations always felt smooth and fast. Until you have to do anything beyond what the phone has been optimised for. Although the phone generally performs quite well, there are a few issues here and there that only served to sour the experience. While scrolling through and browsing Facebook generally feels normal, reacting to any post would highlight how incredibly under performing the device can be at times. The same can be said once several apps are open in the background. Multitasking causes the LG Q60 to stutter and stumble, making the phone a bit of a chore to use.

The most baffling aspect of LG’s UX 7 launcher is not related to optimisation issues with third-party apps. Rather, it has a truly weird new screenshot feature; which made it incredibly difficult to take unedited screenshots. There is nothing more infuriating than having to fumble with the notification and quick launch drawers in order to take a screenshot. It is cumbersome and is something LG really needs to rethink. Thankfully, you can still take screenshots by holding the power and volume down buttons for about a second.

Screenshot woes and weird graphical optimisations aside, LG’s UX 7 served as a neat little replacement to my preferred handset: the iPhone XR. My overall experience with UX 7 was largely uneventful, which is a good sign for a phone serving as a daily driver.

Considering how the LG Q60 costs just R3 500 at most retailers, the very large pool of Android handsets available in the market suddenly shrinks into a very tiny pool with only a few players. With the big leagues out of the way, it suddenly becomes no-man’s land for all the little guys, and the LG Q60 is a decent contender. From a pretty long-lasting battery, good camera spec that will improve with software updates; a fast and secure fingerprint reader, and a bafflingly-good display, the LG Q60 has a lot going for it. It might not have any stand-out features, but it serves as a decent entry-level to a mid-range device.