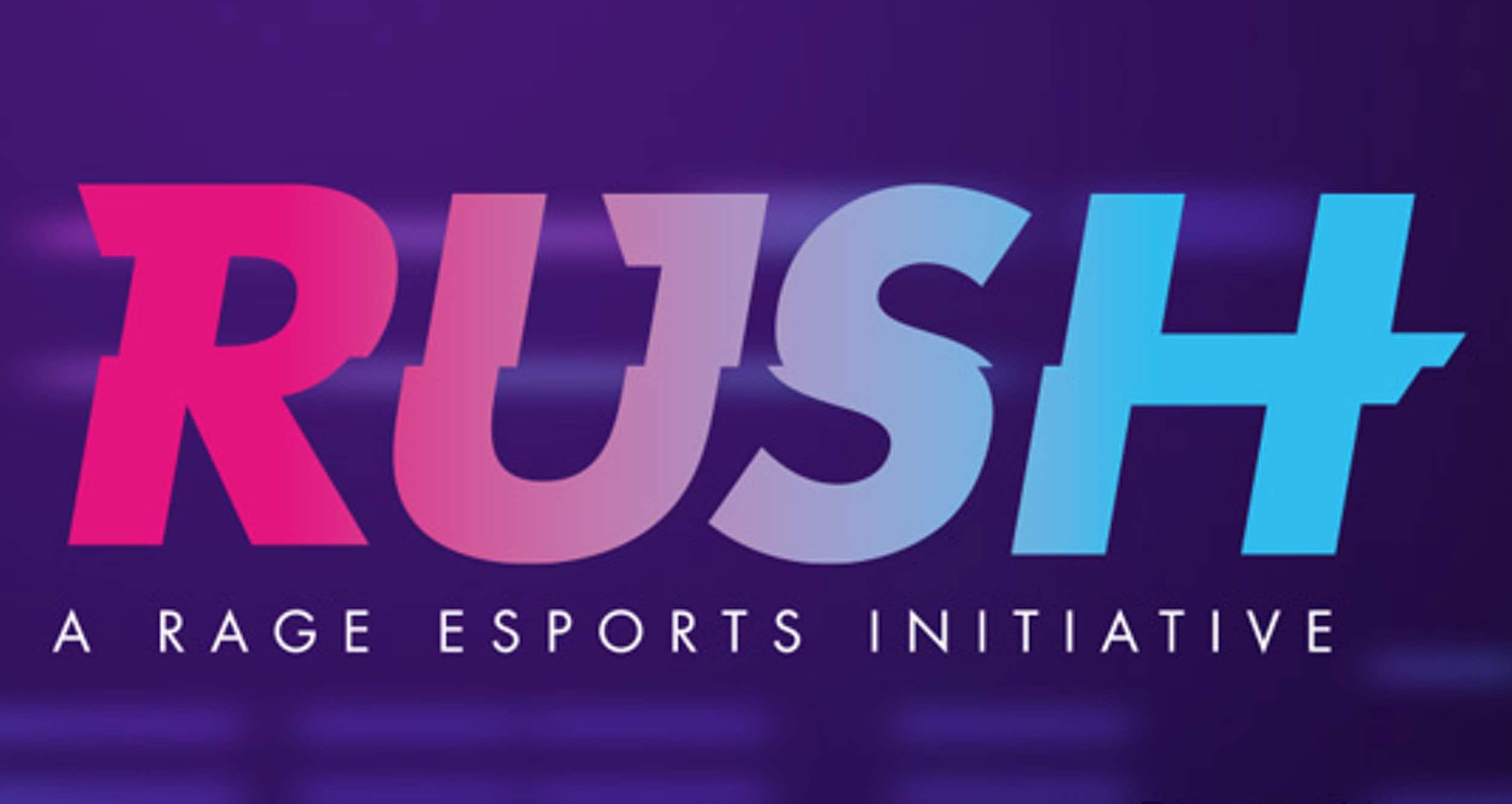 Electronic Sports, better known as eSports, is still a fairly ‘unknown’ term in South Africa, especially for the layman. Although Super Sport  and a host of other channels have started airing video game matches, and many local events have started to focus-on and build local esports, many people are still left wondering about what exactly it is all about. This is where RUSH comes in to play (literally and figuratively).

Designed by the same people behind South Africa’s premier gaming event, rAge (really Awesome gaming expo), the inaugural Rush event is a first for esports in South Africa and is set to become an annual showcase of all things esports. If you have ever wanted to learn more about esports, perhaps meet and talk to pro players, watch South Africa’s top teams compete, and maybe even enter a competition yourself and win some prizes; then Rush is an event you definitely do not want to miss.

Taking place between 21 and 23 July at the Sandton Convention Centre in Johannesburg, Rush will feature a variety of competitive esports tournaments; each of which will be hosted by leading local organisations across dedicated esports stages. Each of the events will also feature live shoutcasting (commentary) by some of South Africa’s top shoutcasters, and it will allow fans to watch some of South Africa’s best competitive gamers and clans compete live for the honour of taking home first place!

Lauren Das Neves, marketing manager for Rush, NAG and rAge, says that “Rush is an exciting, compelling showcase of everything that South African esports currently has to offer”. According to Das Neves, Rush has been created to offer a “unique experience that will appeal to both casual and hardcore gamers, and one that will serve as a visual introduction to anyone who doesn’t know what all this esports fuss is about”. Furthermore, she stressed that the event has been designed by industry professionals with more than 20 years of experience in the gaming industry and strongly believes that Rush will become “a great platform for us to build, empower and connect with new and existing esports communities”.

Those who attend Rush will have a pick of enjoying four main stages, each of which will be showcasing popular titles such as Counter-Strike: Global Offensive (CS:GO), FIFA 17, League of Legends, and Street Fighter V. Fans, supporters and enthusiasts will be able to watch all the competitions live on big screens, with dedicated seating areas at all the stages. In addition, visitors will even have the option of being able to take part in specialised esports events and tournaments across a range of games like Hearthstone, FIFA 17, Street Fighter V and Metal Slug. Naturally there are also some prizes up for grabs, so anyone with even a passing interest in video games is encouraged to come and take part. 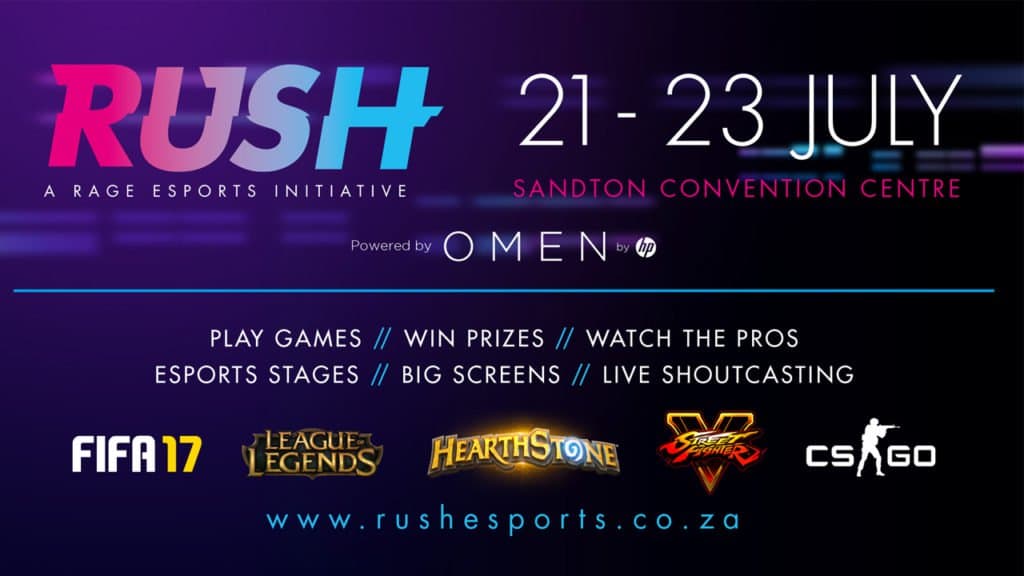 Other than the stages mentioned above, what else will there be to do at Rush? Quite a bit, actually. Below is a rundown of what gamers can expect:

Alongside this “high-adrenaline and hugely entertaining” line-up, one of the other exciting features of Rush is South Africa’s first Winter NAG LAN. That is right folks. Looks like it will now occur twice a year! The Winter NAG LAN offers an opportunity to experience multiplayer gaming with hundreds of likeminded gaming enthusiasts packed into a single venue. A NAG LAN ticket also gives you access to the Rush event for the full weekend. Casual competitions for Dota 2 and Rocket League will also be hosted in the NAG LAN, with hardware peripheral prizes up for grabs – which have been sponsored by Apex Interactive. A formal competition for Call of Duty: Infinite Warfare will also be hosted in the NAG LAN for 16 teams [on PlayStation 4] with a total of R19 000 in prizes to be won. 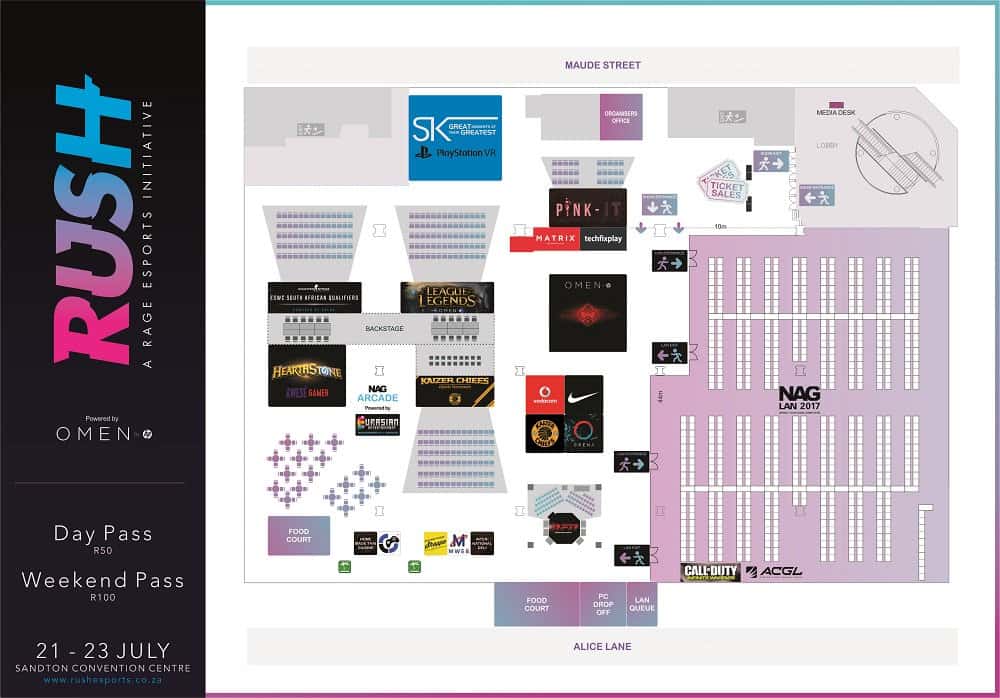