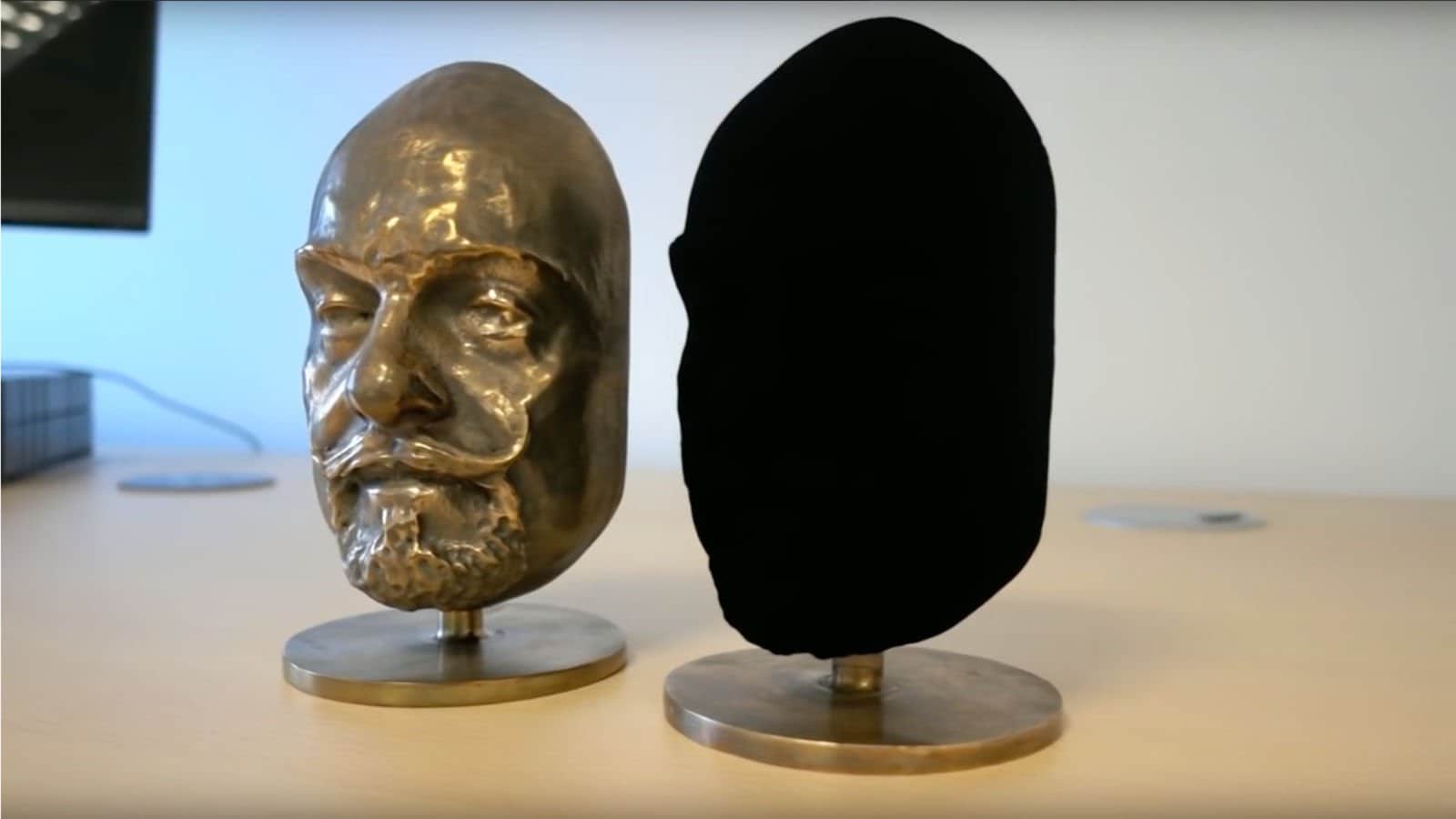 In 2014, a colour called “the world’s blackest black” was developed by a United Kingdom-based Nanotech company called Surrey NanoSystems. They called the new material Vantablack. The company also explained that the material was made from densely packed carbon nanotubes that absorbs 99.96 percent of all light that hits it. Trippy!

Is was so trippy, in fact, that Vantablack looked like a flat blob of nothingness to every person who saw it in person. Now, Surrey NanoSystems is back with Vantablack 2.0 (VBX-1), which aims to go even darker.

Vantablack 2.0 is an even darker version of “the world’s blackest black” that has a total hemispherical reflectance (light reflection) of only c.0.3%! That totally blows the .04% reflectiveness of the original right out of the water. It is so dark, Artnet describes it as a colour that “eats lasers and flattens reality”.

In the video description, Surrey NanoSystems explains that Vantablack 2.0 is still in production. This means that the material used (a new non-nanotubing coating) can change dramatically before release. They also mention that, where the first iteration of the colour was a free space material hardly tolerated handling, the new solid coating offers better tolerance. This means that it might have many more applications when it eventually releases to the public.