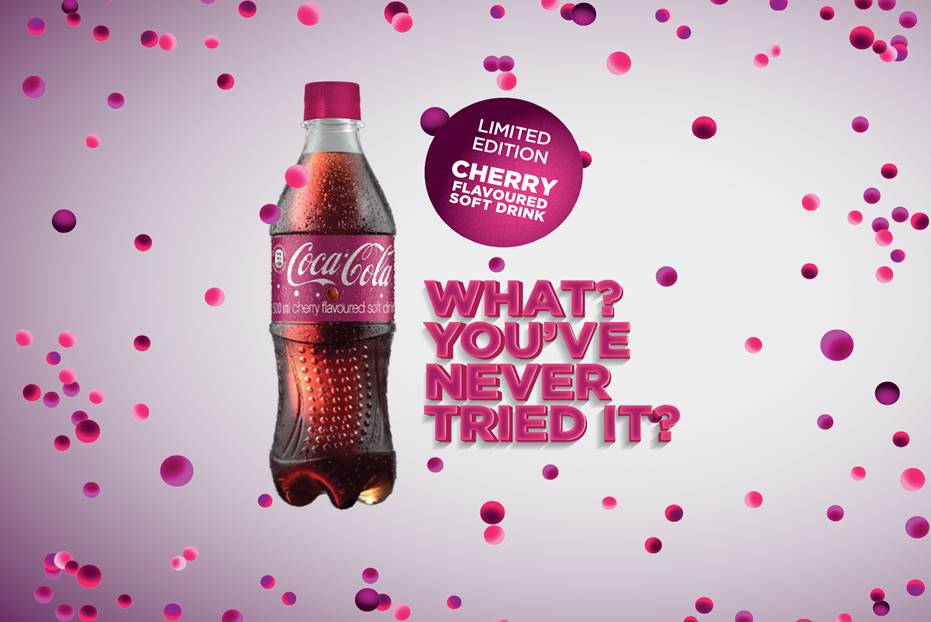 South Africans who grew up in the nineties should fondly remember the delicious combination of great tasting Cola with a smooth cherry flavour that was Cherry Coke. Sadly, the availability of the flavour did not last for very long. Now, in a surprising revelation, Coca-Cola is once again making Cherry Coke available locally, but only for a limited time (middle of March to the end of May 2016).

The surprise comeback of Coke’s best flavour (sorry Vanilla Coke) is launching alongside the release of Batman v Superman: Dawn of Justice (only in cinemas from the 24th of March). In fact, to celebrate the return of Cherry Coke, Coca-Cola South Africa is giving fans the chance to win an awesome #BatmanvSuperman hamper that is packed full of official merchandise; like a set of Beats by Dre headphones and delicious servings of Cherry Coke.

In addition to exclusive hampers, fans will also stand a chance to win the grand prize: a life-size Batman or Superman statue! 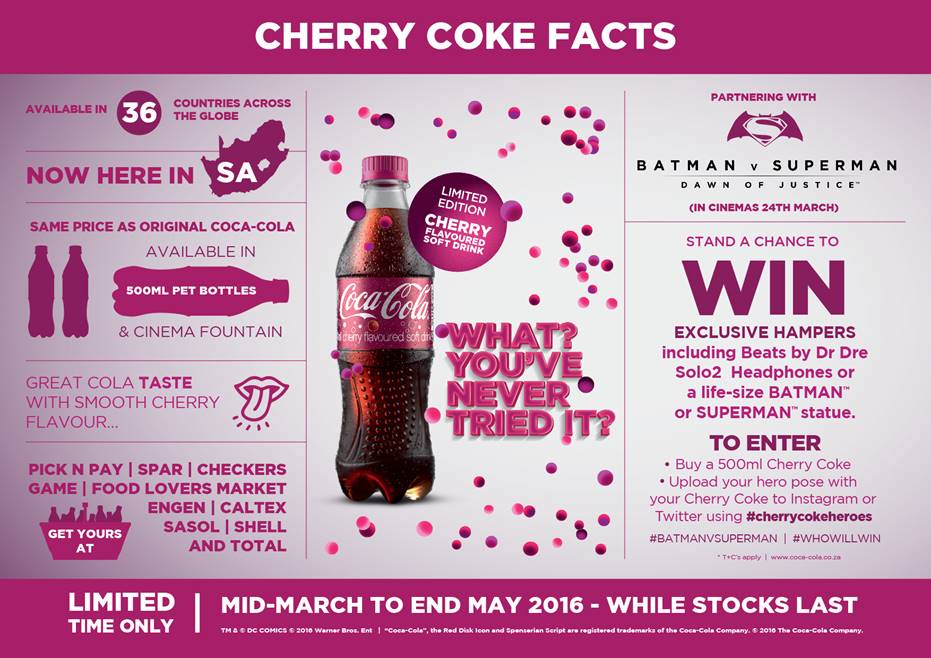