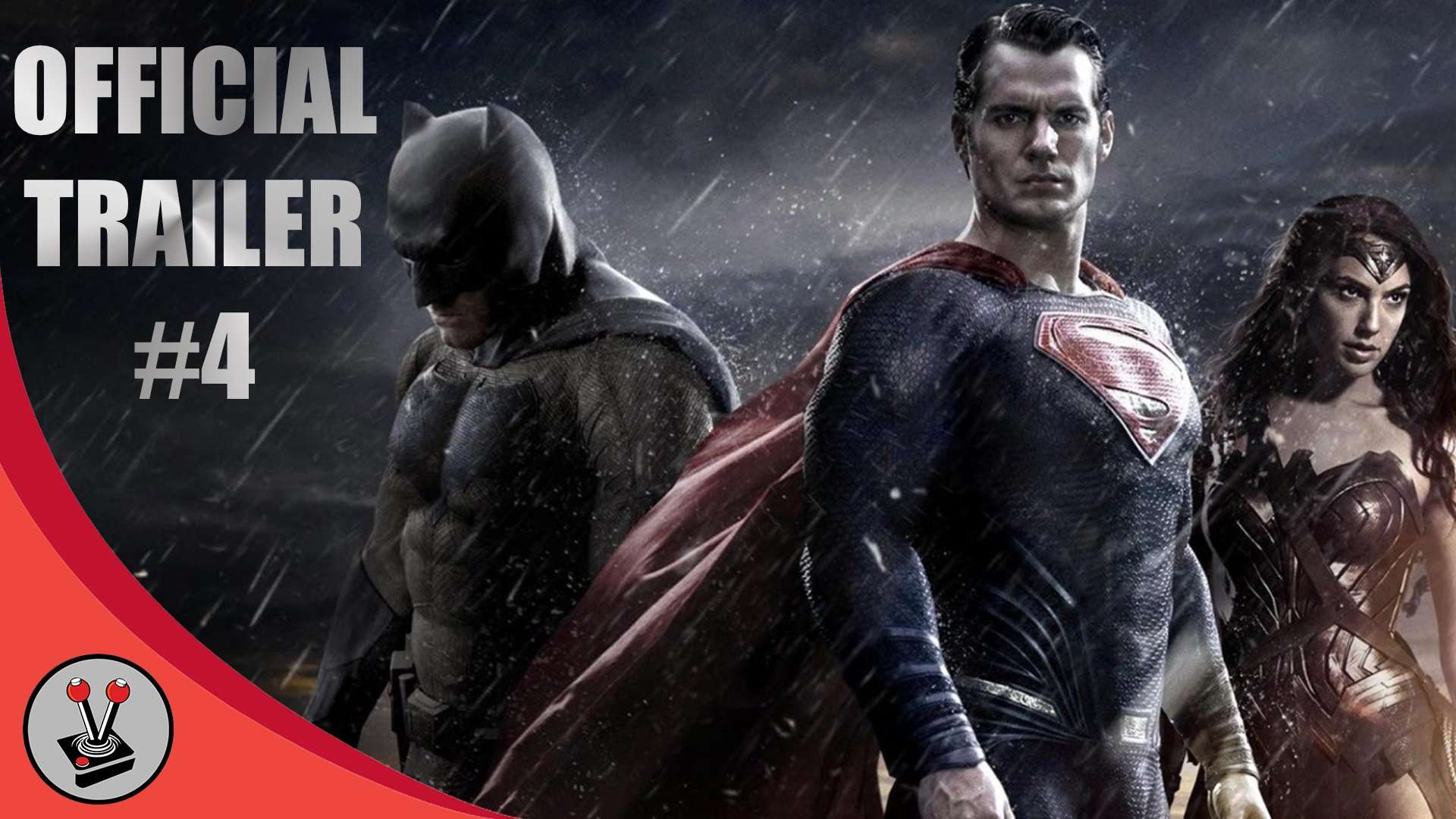 The fourth and final official full-length trailer for Batman v Superman: Dawn of Justice (2016) has hit the Internet, one month before the film releases around the world.

The final trailer is filled to the brim with incredible action scenes (Batman has a phenomenal new fighting style) that finally offer a small taste of what it will be like when the Dark Knight battles the Man of Steel in March 2016.

Not only do we see the Caped Crusader go up against the Last Son of Krypton (who looks like an absolute “bad ass”) in some epic battle sequences, but the trailer also offers a glimpse of Alfred Pennyworth’s infamous wit and the strength and power of Wonder Woman literally springing into action.

The fourth and final trailer is, without a doubt, the best trailer released for Batman v Superman: Dawn of Justice. Enjoy!