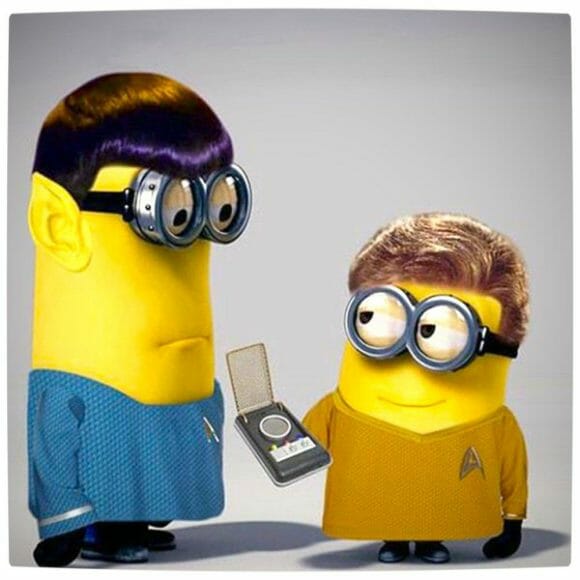 In a similar style to the Sherlock Holmes Minions, comes the minion interpretation of Star Trek’s most well known characters, Spock and Captain James Tiberius Kirk.

The image above references the original series of Star Trek that starred William Shatner as Captain Kirk and Leonard Nimoy as Spock. Each minion is immediately identifiable with Spock’s ears giving away his Vulcan heritage and Shatner’s golden locks lending a youthful human appearance to Captain Kirk. The transponder that Kirk is eyeing Spock with gives away the time period.

The Star Trek and minion crossover continues with the image below, which showcases a different and more Despicable Me like interpretation of Spock and, what looks like, Captain Jean-Luke Picard (or maybe a balding Kirk?). Spock is once again immediately recognisable with his Vulcan ears and blue Star Fleet uniform, whilst Picard is adored in red with his trademark ‘balding’ scalp.

Which version do you prefer, Spock and Kirk or Spock and Picard? 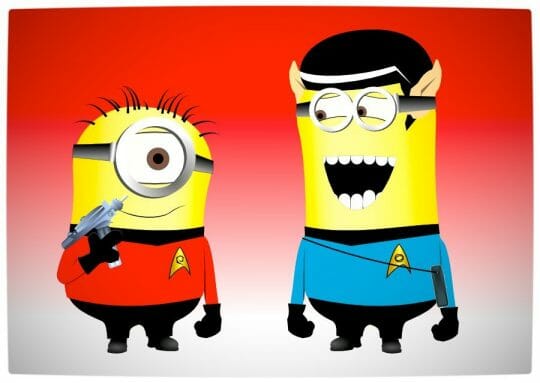