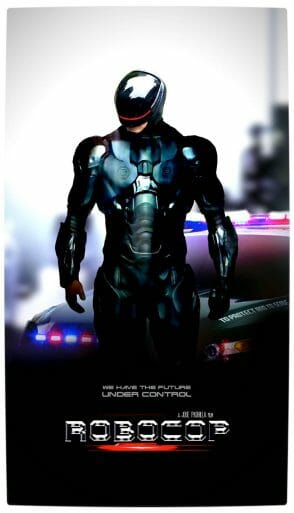 RoboCop is the highly anticipated reboot of the 80s classic film of the same name, which focusses on a dystopian future where crime is governed by the technological innovations of an organisation known as Omnicorp.

The film takes place in the city of Detroit in the year 2028. The multinational conglomerate OmniCorp is using their advanced robotic technology to win wars around the globe. However, after loving husband, father and dedicated police officer Alex Murphy (Kinnaman) is severely injured in the line of duty, Omnicorp steps in and uses their unprecedented knowledge of robotics to save Murphy’s life. In a world first, Murphy becomes the only person and police officer to be successfully merged with robotics. Part man and part machine, Murphy returns to Detroit as RoboCop.

As a child I was a huge fan of the original 80s films. I had all of the toys and would often pretend to be RoboCop. The official trailer (embedded below) offers us a first taste of the reboot and I can happily confirm that the film is looking good!