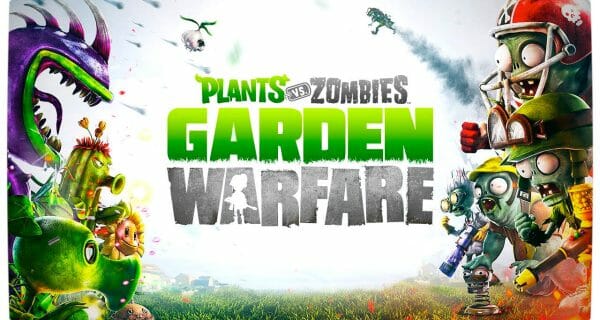 Plants VS. Zombies: Garden Warfare is a new multi-platform title being developed by PopCap Games for Electronic Arts and is shaping up to be one of 2014’s most interesting and fun third-person shooters.

The newest entry in the Plants VS. Zombies franchise is strictly a multiplayer affair (there is no single-player campaign) that includes four-player co-op and 24-player competitive modes, and allows players to participate as either plants or zombies.

PopCap Games is developing the game using DICE’s Frostbite Engine, the same graphics engine used to drive Battlefield 3 and the forthcoming Battlefield 4. As a result, the game looks beautiful with animation and detail akin to Pixar films.

During E3 and Gamescom, Popcap showcased the game’s cooperative survival mode and detailed the many different classes of plants and zombies that players will get to choose for battle.

When the game is released, players can step into the battlefield as one of the familiar plants from the portable games, such as the Sunflower, Cactus, Pea Shooter and the purple Chomper. Alternatively, players may choose to be one of the following classes of zombie: Soldier, All-Star (with football launcher), the Engineer hopping on a jackhammer, or the crazy mad Scientist. More details about the playable zombies can be seen in the following video.

The Xbox One version of the game will, naturally, be imbedded with Kinect support that allows players to use Kinect specific gestures and voice commands during gameplay. However, the Xbox One also gets a unique and rather interesting ‘Boss Mode’ that is exclusive to the platform.

‘Boss Mode’ in Plants VS. Zombies: Garden Warfare gives players the option to use a Smart Glass-enabled device to influence the tide of battle. During ‘Boss Mode’ players take control of ‘Doctor Zomboss’ and his ‘Zombox’, dropping healing items on the battlefield whilst dealing damage ‘from above’ to the opposing team. This is achieved by means of an isometric top-down view of the battlefield from whichever Smart Glass-enabled device is being used. An explanatory video of ‘Boss Mode’ can be seen below.