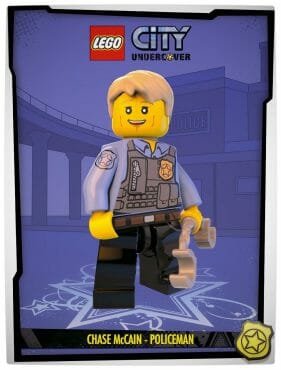 LEGO City Undercover is the LEGO game we have all been waiting for ever since the release of LEGO Star Wars  in 2005.

LEGO City Undercover basically marries the open-ended gameplay of Grand Theft Auto with the cutesy and off-beat humour of the LEGO videogames that we have come to enjoy. The result, as gameplay preview videos would have us believe, is damn cool.

LEGO City Undercover allows players to assume the role of Chase McCain, a police officer who has to go undercover in order to capture the elusive Rex Fury, among other criminals.

The gameplay is considered to borrow elements from the Grand Theft Auto series. However, that is where the similarities end as the protagonists story is role-reversed with players taking on the role of a police officer, enforcing the law, instead of a criminal committing crime. Furthermore, recent previews have alluded to the notion that the game has more in common with action and crime movies and only shares the open-world motifs of the Grand Theft Auto series.

Unfortunately, the game is only being released on Nintendo’s Wii U console and appears to be exclusive to that platform for the time being. However, for those with a Wii U, it appears that LEGO CIty Undercover will utilise and take full advantage of the Wii U’s unique touchscreen GamePad.

LEGO City Undercover is scheduled to be released on the Nintendo Wii U within the first quarter of 2013.