During the 80s, Konami released a myriad of games for the Nintendo Entertainment System  – a console that is often referred to as the ‘granddaddy’ of home consoles due to its enormous success.

Traditionally, and this is especially true for video games of the 80s and 90s, programmers would program hidden ‘cheat codes’ into games that could only be accessed using a certain combination of keystrokes.

Popular Konami titles of the time, such as Gradius, Life Force and Contra, all had cheat codes embedded in the software. What made Konami games unique, however, was that each game used the same ‘super’ cheat code.

Due to the reoccurrence of the code in subsequent Konami titles, it was dubbed ‘The Konami Code’. Thus, “Keep Calm and Use the Konami Code” was born. 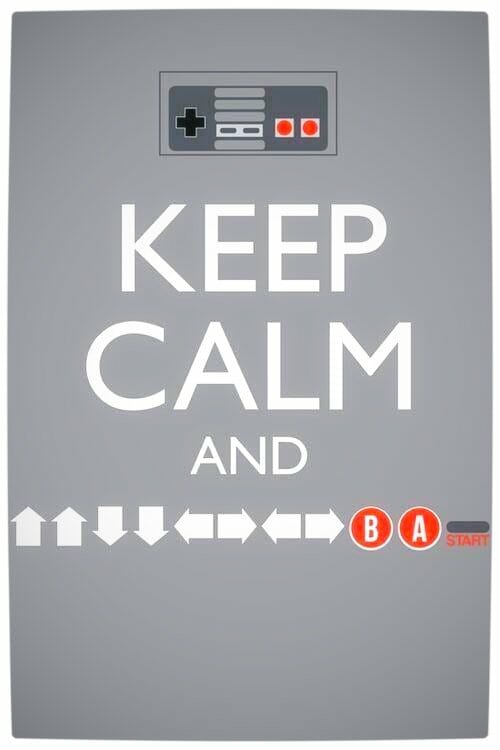