Ubisoft have partnered with McFarlane Toys to bring fans of the Assassin’s Creed franchise a truly spectacular collectible item.

The official Assassin’s Creed IV: Hidden Blade and Gauntlet is a life-size role-playing accessory that lets fans wear the trademark weapon of a heroic guild assassin.

The Hidden Blade and Gauntlet is a replica of the brand new version of the weapon worn by the charismatic Edward Kenway, who is the heroic protagonist in the upcoming blockbuster video game, Assassin’s Creed IV: Black Flag.

The Hidden Blade and Gauntlet collectible features a spring-loaded, retractable plastic blade, with a switchblade-style play action – exactly as seen in the Assassin’s Creed video game series. The intricately sculpted Blade section attaches to the bottom of the forearm with adjustable straps and the highly detailed simulated leather Gauntlet attaches to the top of the forearm with a strap and unique Skull Buckle.

The collectible also features a blade release trigger, a blade safety lock, a removable Skull Buckle, which can be used as a fashion accessory, and is 42cm in length when the blade is fully extended.

The Ubisoft and McFarlane Toys Assassin’s Creed Pirate Hidden Blade and Gauntlet is available from Gamestop in the USA and has a recommend retail price of $39.99 each (about R450). 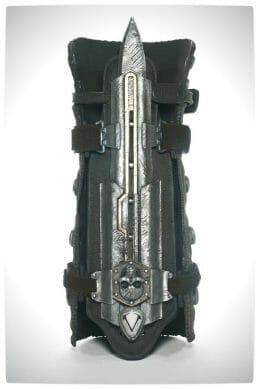 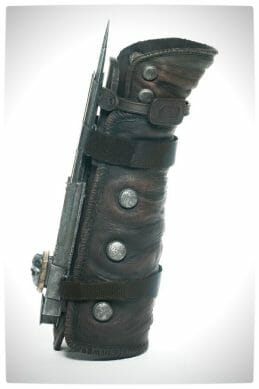 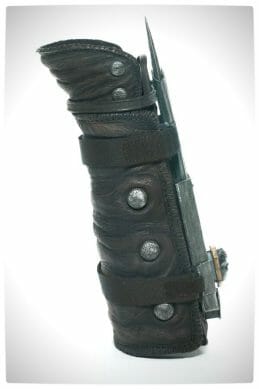 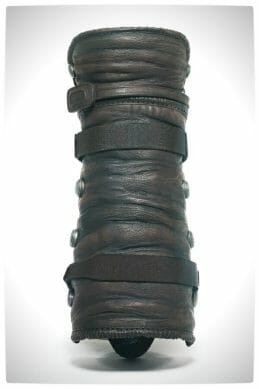