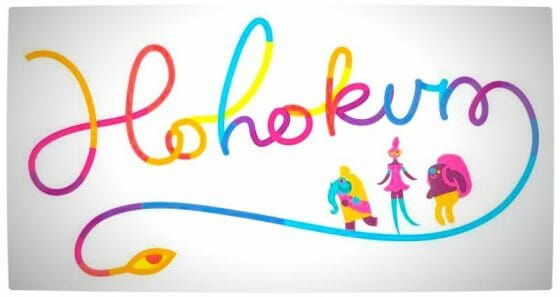 Hohokum is a new title from the independent game developer that brought us Frobisher Says! and is easily one of the weirdest yet most entrancing games that I played at E3 2013.

Developed through a collaborative partnership with graphic artist Richard Hogg and Honeyslug Games, Hohokum is a game about exploration.

Unlike traditional games, Hohokum has no set musical score, time limit or tutorial. Rather, gamers are left to explore a strange and beautiful world using nothing more than the DualShock 4 controller.

Hohokum is actually quite a difficult game to describe because it is more about the experience and gameplay versus the story or the graphical fidelity that often attracts gamers to AAA titles. Having said that, Hohokum could be compared artistically to games such as Flow, Flower and Journey. 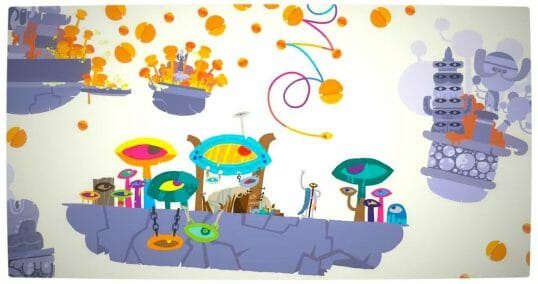 In Hohokum players take control of a multi-coloured snake-like creature called the ‘Long Mover’, which has the ability to move throughout the colourful and artistic landscapes that have ever changing aesthetics. The more players explore, the more the world changes visually, but the change is also apparent in the evolving musical score. Sony have partnered with Ghostly Records International to develop an ethereal techno ambient score that ebbs and flows according to the way in which the Long Mover interacts with the world.

In my play through, the soothing ambient soundtrack lulled in the background. However, as soon as I brushed the Long Mover passed a large acorn, a new rhythm was brought forward to complement the background beat. The same trigger also resulted in a new character emerging from a nearby flower, a character which happily jumped aboard the Long Mover with acorn in tow. After collecting three different characters, all of different genders, shapes and sizes, I found a mountain with a character flying a kite. Approaching the mountain caused my collection of characters to jump off the Long Mover and unpack kites from the acorns they held. The result was a beautiful moving art piece of colour and design accompanied by a trance inducing techno score.

Although my time with Hohokum was short and sweet, the visual and aural feast of an experience was unforgettable. In fact, it is one of only a handful of titles at E3 2013 that left me wanting more.

Hohokum is exclusive to PlayStation and will make an appearance on the PS3, PS4 and Vita in 2014.