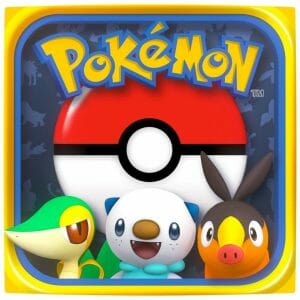 The Pokémon Company has announced that the official Pokédex is now available for iOS devices. Does this mean that Nintendo and Apple are finally working together? Not exactly, but this is still quite a big deal.

Nintendo have traditionally kept all things Pokémon locked firmly to their own hardware. However, The Pokemon Company International is in charge of this one particular franchise, and since they are a subsidiary of Nintendo, they are free to expand beyond the infamous Japanese video game company’s hardware.

The Pokédex for iOS is very similar to the recently released Pokédex 3D Pro for the Nintendo 3DS. The application allows users to view and access information about Pokémon such as the type, weight, special abilities, evolution tree, location for capture, moves that may be learnt, 3DS QR codes, and much more.

A highlight of the application is that it allows users to view full three-dimensional models of each Pokémon with the ability to spin the model a full 360-degrees. Each Pokémon is rendered beautifully, especially on the iPad’s Retina Display. In addition to the Pokémon eye candy, users can listen to the unique call of each Pokémon (all of which still consist of 8-bit shrieks) and view a nifty animation unique to each Pokémon. 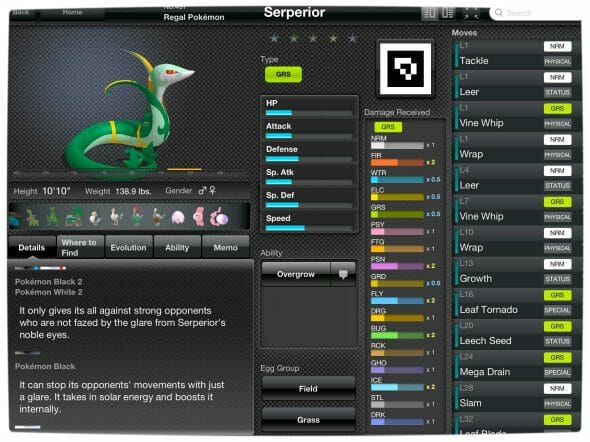 The iOS application retails for the initial price of £1.49 GBP/$1.99 USD, but only includes the Unova region’s Pokédex. Sadly, the remaining four Pokédex regions, namely Kanto, Johto, Hoenn and Sinnoh, all have to be purchased separately for an uncouth £3.99 GBP/$5.99 USD each. In other words, if you want to “catch em all” and own the full Pokédex on your iOS devices, it will cost you a whopping £17.50 GBP/$26 USD.

As a long time fan of Pokémon, and someone who feels that the original 151 Pokémon are still the best, I believe that The Pokémon Company International and Nintendo have done Pokémon fans a disservice by charging so much for uneccessary in-app. purchases. By comparison, the 3DS Pokédex only costs $15 and includes every single Pokémon ever created. Why then is the iOS equivalent marred by in-app. purchases?

Despite the unusual pricing and perplexing nature of the in-app. purchases, the Pokédex for iOS is a polished and well built application that should be considered by fans of the Pokémon video games. 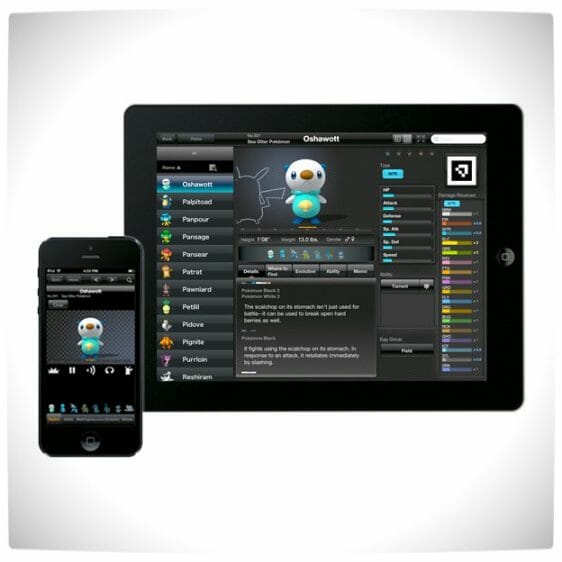 The Pokémon Company International announced today that the official Pokédex application, an illustrated encyclopedia of more than 640 Pokémon characters, has arrived for the iPhone, iPad, iPad mini, and iPod touch[1], providing fans in North America and Europe[2] with a new and extremely helpful way to access comprehensive data about their favourite Pokémon. Fans can now downloadPokédex for iOS from the Apple App Store and take an in-depth look into the world of Pokémon straight from their iOS device.

The wide range of data in the Pokédex for iOS application is conveniently accessible for each Pokémon character, giving fans invaluable information such as how to evolve a Pokémon, locations where specific Pokémon are found, and which types of attacks an individual Pokémon is weak against. The Pokédex for iOS is a must-have companion when playing Pokémon video games, including the recently launched Pokémon Black 2 andPokémon White 2.

After downloading the official Pokédex for iOS [£1.49 GBP/$1.99 USD], fans have immediate access to the Unova Pokédex (National Pokédex No. 494–647) and can quickly browse Pokémon either by name or by Pokédex number, move, Ability, or type. The application’s intuitive interface allows users to sort Pokémon in numerous ways based on their distinctive characteristics. Once a user chooses a particular Pokémon, a detailed and dynamic 360-degree image of the Pokémon appears with a full encyclopedia entry, including its name, height and weight, type, Ability, and moves it can learn. Each Pokémon’s entry includes the locations where the Pokémon can be found in Pokémon Black, Pokémon White,Pokémon Black 2, and Pokémon White 2.

Pokédex for iOS can be switched from English to French, Italian, Japanese, German, and Spanish. For information about the Pokédex for iOS application, please visit www.pokemon.co.uk/pokedexios.

Search for “Pokédex” on the Apple App Store or click the following link: https://itunes.apple.com/gb/app/pokedex-for-ios/id573135437?mt=8