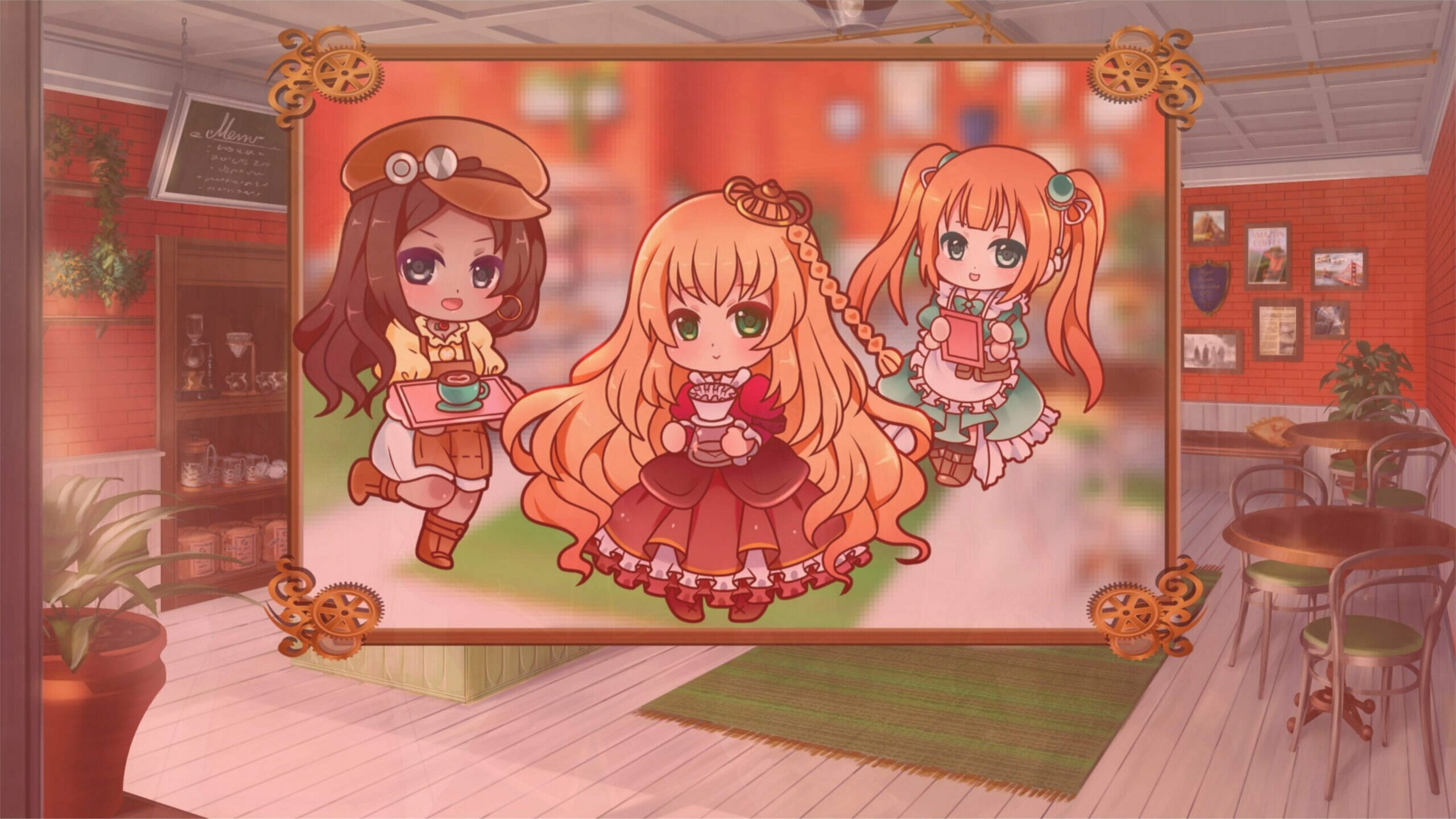 Caffeine is love. Caffeine is life… and in Caffeine: Victoria’s Legacy, caffeine is literally the force defining anything and everything related to social status. The idea is, most certainly, novel. Perhaps this is why a game such as Caffeine: Victoria’s Legacy manages to translate so well into a literal visual novel of a video game? Whatever the case may be, getting engrossed in a world where society is governed by how well they know coffee is worth experiencing on that pretence alone. Thankfully, it also manages to tick all the correct boxes elsewhere for an enjoyable game.

Caffeine: Victoria’s Legacy is, for all intents and purposes, an Isekai — that is to say the story’s premise relies on a protagonist who is transported from their own world via death or some magical means (a common trope). This video game takes the usual visual novel tropes of romance, magic, and hard-hitting emotions, and mixes them in with a whole lot of coffee and caffeine-related phrases, while set in an alt-history victorian era.

Caffeine: Victoria’s Legacy is set in a world where caffeine rules over all else. The player takes on the role of Taka Knight, a young boy who is on a search for his missing mother. In the opening sequences, Taka experiences a plane crash, and finds himself waking up in the city of Victoria, surrounded by inhabitants who have no idea what Taka says when he references pop culture and modern technology. Confusingly, Taka wanders into a coffee shop, which coincidentally, happens to hold some clues as to his mother’s whereabouts and his own royal ancestry. The story takes a little bit of a backseat from there, as the game switches gears from lore dumping into a more of a piecemeal day-in-the-life simulator.

After passing a royal barista test, Taka lands a job at a struggling coffee shop where he quickly befriends the owner, Alice, and three young women: soft-spoken Eliza; Mel, whose ambitions make her feisty; and Oceane… who is pretty much as temperamental as the ocean. Naturally, all four of these women are potential love interests for Taka, and as is part of the course, following down their respective paths comes with dedicated endings that are both good and bad.

If anything, this shift in story progression helps to ground the game a bit. Lore dumping is not new thing in visual novels, but the whole idea of an Isekai is for the player to feel as lost and confused as the protagonist. This reliance on “newness” and “otherness” goes a long way to anchor a player emotionally and to get them invested into the content at hand. With that said, a good hour of gameplay after the plane crash quickly devolves into an overwhelming mess of info and lore-dumping, suffering from the same curse as Deadly Premonition (2010). Getting that barista gig at Alice’s shop takes the constant barrage of info down a notch, allowing players to process and learn more as they slowly follow down the different paths eventually leading to the endings of the game.

Pacing aside, it needs to be noted how the most frustrating aspect of the game actually comes by way of how little the game sometimes explains things – even with as much as it manages to cram into one text block. Caffeine: Victoria’s Secret kind of just expects players to accept whatever explanations they are given. Even more frustrating, however, is the lack of explanations or expanding on Taka’s own backstory. Spoiler alert: you never really figure out how Taka’s parents are tied to both his own “real” world, and the world he finds himself in after the crash. Moreover, it is never explained how the (coffeepunk?) society of Victoria even… functions? Beyond how status is governed by knowledge on coffee.

Thankfully [and strangely], as far as visual novels go, Caffeine: Victoria’s Secret holds no surprises. There is no innovative plot twist or fanciful “wow” moment to be found in the narrative or gameplay. Instead, the developers have played it safe with a nice and comfortable visual novel experience where players of any skill level can digest easily. Naturally, the game is stuffed with character archetypes and visual novel tropes any veteran of the genre may have seen numerous times, but manages to comes off as quite a unique experience regardless thanks to its caffeine-riddled steampunk setting. This simplicity comes as a genuine relief considering the aforementioned pacing and lore issues.

It must be noted how Caffeine: Victoria’s Secret is very much a choice-driven narrative. Unlike the likes of Aquadine, where a singular choice affects the player’s path forward, Caffeine follows a much more traditional narrative structure where different choices can alter the ending players will receive. This way, while there are good and bad endings based on the four romance options Taka has, an additional “true” ending also exists. Apart from this, gameplay also features the ability to skip and rollback conversations and explanation text, to fast forward cutscenes already seen, and an autoplay conversations button sparing players the need to tap the X button a gajillion times a minute. Moreover, players can also expect to sit back and relax to a full blown soundtrack, or rewatch all the cutscenes the game has to offer, when finished. These are great nice-to-have features not all visual novels include in their offerings, and considering its simple nature and anime-aesthetics, also keeps players from feeling like they are playing a stop-motion game.

Caffeine: Victoria’s Secret manages to stand on its own as a unique experience. Gameplay may be incredibly simple and safe compared to genre toppers, and it most certainly suffers from severe pacing issues, but it generally manages to live up to player expectations. There are a plethora of endings to strive for, making replayability quite a boon — suffice it to say, players who enjoy visual novels will be returning time and again to see which ending they can achieve. It is a good game with interesting intentions, complemented by a unique story proving as much. Genre newbies will surely find their rhythm with this game, but veterans may be left wanting.